Maxar Technologies is teaming with the West Virginia Robotic Technology Center (WVRTC) in its proposal to build and fly Dragonfly, a robotic, in-space assembly system.

Maxar made this announcement during events held in Fairmont, West Virginia, celebrating the renaming of NASA’s Independent Verification and Validation Facility after Katherine Johnson, the West Virginia native and storied icon from the book and movie, Hidden Figures. 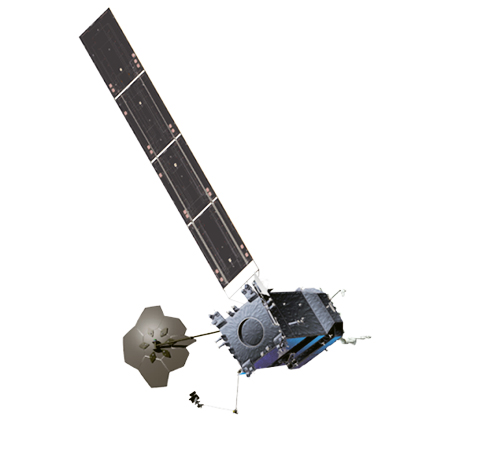 In-space assembly has the potential to revolutionize the way satellites and other space infrastructure are built and launched, while enabling highly dexterous capabilities for future space architectures and exploration missions.  With Dragonfly, large structures such as space-based telescopes, satellites, and spacecraft will no longer be confined by the volume limitations of rocket fairings, and instead could rely entirely on robotics for initial assembly, recurring maintenance, reconfiguration and payload upgrades.

In its proposal to NASA, Maxar is identifying roughly $2 million of work to be performed by the WVRTC, including independent verification of Dragonfly’s capabilities through multiple performance studies to increase the reliability of on-orbit assembly tasks.

Maxar is proposing to fly the first Dragonfly system on NASA’s Restore-L in 2022.  Restore-L is a revolutionary spacecraft that will demonstrate technologies for refueling a satellite in low Earth orbit.  Work conducted at the WVRTC has been critical to Restore-L’s progress.

Maxar is currently building the spacecraft bus for Restore-L, which is based on its tried-and-true 1300-class platform, as well as two nimble robotic arms.  On Restore-L, Dragonfly would assemble seven individual antenna reflector components into one large antenna reflector – similar to putting together a puzzle.

In addition to playing a key role in landing the first woman and next man on the Moon by 2024, robotics work conducted in West Virginia will support a wide variety of innovative capabilities contributing to science, exploration and commercial development.

Mike Gold, Maxar’s VP of Civil Space, said the company is grateful for the support of Senators Capito and Manchin, Congressman McKinley, and Administrator Bridenstine for ensuring that America continues to excel in the field of space-based robotics through work conducted here in West Virginia.