The company has retained several Ku-band transponders on the new Thaicom-8 satellite which delivers payTV services to audiences in Thailand and across Asia,  including premier sports and entertainment events. TrueVisions will start using the service on the Thaicom-8 satellite from 2019 onwards. The transfer of subscribers from Thaicom-5 to Thaicom-8 is necessary as Thaicom-5 does not serve TrueVision’s long-term requirements. 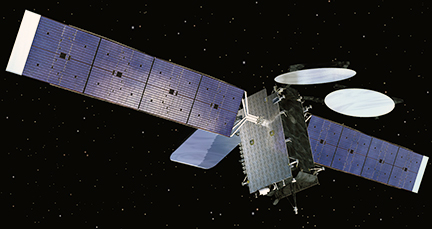 Artistic rendition of the Thaicom-8 satellite.

The capacity agreement with TrueVisions is focused on the reliable delivery of one of the best entertainment and sports television platforms in Southeast Asia at the 78.5 degrees East orbital position. The new Thaicom-8 satellite represents a total solution for broadcast and data clients in Asia with excellent Ku-band coverage. It supports the high demand for capacity of the broadcasting industry as it transitions from standard definition to high-definition and ultra-high definition.

Patompob (Nile) Suwansiri, CCO with Thaicom, said this long-term transponder capacity contract will support the mission of TrueVisions to provide premium payTV broadcasting services to all subscribers in Thailand. It proves that satellite technology remains a strong value proposition for broadcast expansion in Thailand.