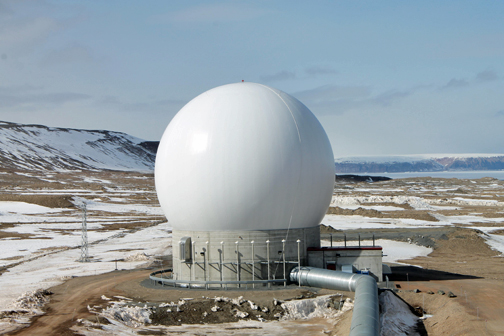 Detachment 1, 23rd Space Operations Squadron, gained operational acceptance of the seventh and final Remote Block Change antenna at Thule Air Base, Greenland, July, 26, 2016. The antenna, designated as POGO-Charlie, represents some of the latest telemetry, tracking and command technologies in the Air Force. Photo is courtesy of the US Air Force.

Known as POGO-Charlie, this seventh and final Remote Tracking Station Block Change antenna has received full operational acceptance for Detachment 1 of the 23rd Space Operations Squadron at Thule Air Base in Greenland. 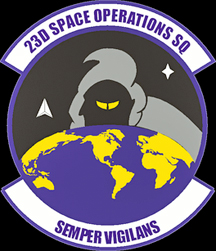 This is a vital asset to the Air Force Satellite Control Network, which consists of seven ground stations located around the world. These remote tracking stations support space operations by allowing Department of Defense (DoD), national, allied and civilian satellite operators to communicate with more than 175 satellites; the RTS’s also support launch, early orbit and end of life operations.

Col. William Angerman, 50th Network Operations Group commander, explained the antenna’s acceptance is strategically crucial and that the POGO-C antenna is important as its location in Thule, Greenland, is ideal for contacting polar-orbiting satellites.  About four years ago, a legacy antenna failure reduced the number of antennas to only one. That reduction left the station handicapped, forcing the AFSCN to lean on three other antennas at New Boston Air Force Station, New Hampshire, to compensate and support the satellite mission.

According to Lt. Col. Marty Easter, 23 SOPS Commander, RBC antennas are the latest version of the systems used to command and control satellites on orbit. The benefit is that this antenna is a more modern system when compared to the previous generation. The (technology, bringing and brings a new level of sustainability and operational capability. Easter added that the final antenna did present some challenges because of Thule AB's remote location—the 50th Space Wing worked  closely with the Space and Missiles Systems Center, 21st Space Wing and the 821st Air Base Group to manage the complicated logistics of installation, testing and operational acceptance of the equipment and the personnel required to accomplish all those tasks,.