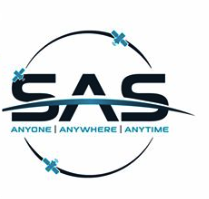 Sky and Space Global Ltd (ASX: SAS, “Sky and Space Global” or ‘the Company”) announces it has reached a landmark and signed a distribution agreement with Globlsat Group LLC (GlobalSat) for the provision of narrow-band telecommunications services via nano-satellites.

Under the terms of the agreement, SAS and GlobalSat have established non-exclusive commercial terms for GlobalSat to distribute, sell, market and promote SAS’  narrow-band connectivity solutions and respective products to its customers, affiliates, resellers, subscribers and end-users within Latin America.

operational optimization of the first batch of Pearls, expected to be completed within 10 weeks from successful launch.

Once the constellation deployment has begun and as a result of this agreement, SAS expects to generate revenues of US$5 million within the first two years based on the conservative GlobalSat Group estimate, with a significant growth potential, thanks to the extensive amount of current and upcoming GlobalSat clients across the energy, government, defence, mining and agriculture sectors.

Sales will commence immediately following the launch of the first batch of Pearls and the successful completion of in-orbit testing and designation as fully operational. The signing of this agreement follows completion of commercial testing with GlobalSat Group and confirms the commercial potential of SAS’ proprietary nano-satellite technology and the business model.

Additional material terms of the agreement are set out below:

Sky and Space Global’s Managing Director and CEO, Mr. Meir Moalem said that they are pleased to have finally secured a definitive supply agreement with GlobalSat. This marks a huge milestone achieved for them on the pathway to commercializing their technology. They have been working very closely with GlobalSat for a while now and look forward to seeing how this agreement unfolds.

Managing Director of GlobalSat Group, Mr. Alberto Palacios, added that they are excited to be moving forward with Sky and Space Global and believe that they have the opportunity to significantly improve their service offering with SAS’ nano-satellite technology on board.