COTS Solutions for the Battlefield Retooled by Draper 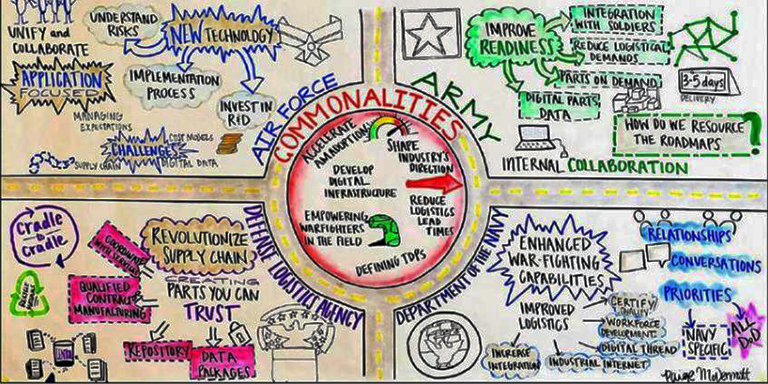 Additive manufacturing, also referred to as 3D printing, is versatile, flexible, highly customizable and, as such, can suit most sectors of industrial production. Materials to make these parts and objects can be of a widely varying type. They include metallic, ceramic and polymeric materials along with combinations in the form of composites, hybrid or functionally graded materials.

The challenge remains, however, to transfer making the shapes and structures into obtaining objects that are functional. A great deal of work is needed in AM in addressing the challenges related to its two key enabling technologies, namely ‘materials’ and ‘processes,’ to achieve this functionality in predictable and reproducible ways. 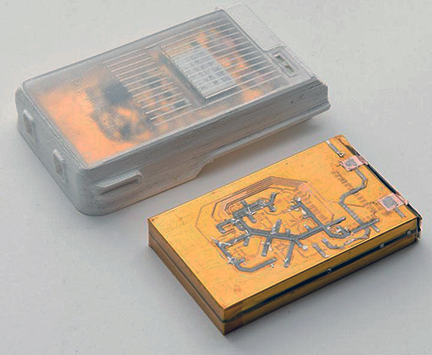 Draper used additive manufacturing to print sensors onto the battery of a commercial-off-the-shelf hand-held device. The result was a communicator with new capabilities but no discernible change in its profile or weight.

Military applications of additive manufacturing face a particularly high bar if they are going to be modified for the battlefield. Products must be ruggedized, fit the warfighter, hardened and secure, according to Chris DiBiasio, Draper’s group leader for advanced manufacturing, who says it is important to remember that, in many cases, the operators of the equipment are soldiers, and their primary function is protection.

DiBiasio manages Draper’s Additive Manufacturing Center, and he is familiar with modifying commercial off-the-shelf (COTS) computers, networking equipment and various technologies for the battlefield and other defense and commercial uses. Among the top requirements is to work within the tight confines of already-adopted product and technology platforms. He noted that the challenge in additive manufacturing is how to add capability and functionality to an existing device or technology platform without adding too much weight, changing the device’s size or compromising the device’s native systems,” he said.

Draper recently put this idea to the test by using additive manufacturing to print sensors onto a COTS hand-held communicator. Draper produced a scanned image of the communicator’s battery pack to find nooks and crannies where the new technology layer could reside, ported the image into a 3D CAD model, processed the CAD model with Draper’s proprietary software, converted the data into instructions for the 3D printer and then printed an ultra-thin, multi-stack layer of electronics.
DiBiasio said that the scripts and algorithm streamlined the 3D printing process and reduced 3D printing and assembly from a week to only a day or two. The result was a communicator with new capabilities but no discernible change in its profile or weight.

Military use of COTS and additive manufacturing is on the upswing. The U.S. Air Force recently launched a trusted computing program to give military access to COTS microelectronics. Elsewhere, the U.S. Army has announced plans to merge its additive manufacturing technology roadmap into an overarching DOD roadmap.