Thales Alenia Space is reporting that the first satellite COSMO-SkyMed Second Generation (CSG-1) is ready to be launched from Europe’s Spaceport in French Guiana. 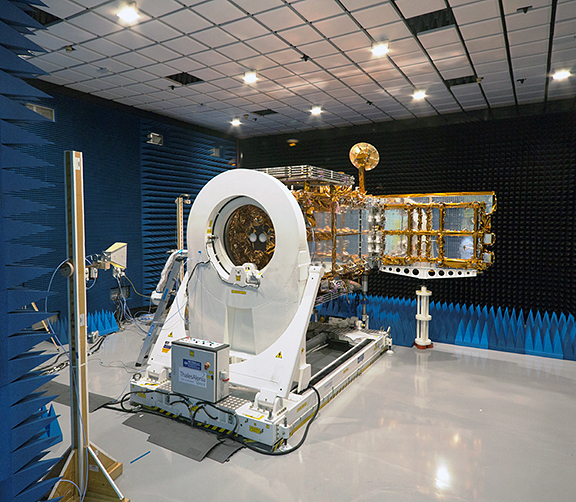 COSMO-SkyMed Second Generation or CSG (COnstellation of Satellites for the Mediterranean basin Observation), is a dual use (civil and defence) constellation of two satellites promoted by the Italian Space Agency and the Ministry of Defence dedicated to ensure the operational continuity of the SAR (Synthetic Aperture Radar) observation services provided by the four satellites of the COSMO-SkyMed (CSK) first generation, operating in orbit since 2007 and 2010.

In addition, Thales Alenia Space is also involved in the VS23 upcoming launch in two other important missions. For the CNES nanosatellite demonstrator ANGELS (ANGELS - Argos Neo on a Generic Economical and Light Satellite), the company provided ArgosNEO instrument to demonstrate the operational capability of a complex miniaturized instrument, offering high performance on a nanosat platform.

In French Guyana, Thales Alenia Space in Belgium is the only non-Russian supplier on Soyuz as well as the exclusive supplier of the Soyuz safeguard system.