Journalist Andrew Jones of gbTimes is reporting that Chinese space launch startup, Linkspace, appears close to testing a tech demonstrator reusable rocket similar in utility to the Grasshopper rocket SpaceX used in that firm's development of the Falcon 9 launch vehicle. 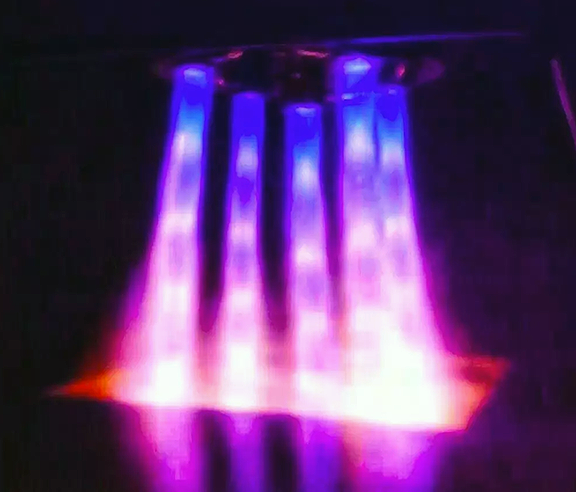 Shock diamonds or Mach rings seen in the exhaust plume of the RLV-T5 engines tested by Linkspace.

Photo is courtesy of LinkSpace.

The RLV-T5 technology demonstrator will attempt vertical takeoff, vertical landing (VTVL) and is designed to verify key technologies including variable thrust, multiple engine restarts and roll control with its flight and recovery tests, according to a press release (Chinese). This follows development of smaller scale rockets such as the RLV-T3 for VTVL and hover tests performed early in 2018, similar to demonstrations by Masten Space Systems.

Earlier this month, Linkspace held successful ignition tests with five RLV-T5 engines, creating the colorful shock diamonds or Mach rings seen in the exhaust plume.Linkspace says it will create 'new milestones' for retrievable rockets in China in the coming months, and in 2019 will test the next iteration, the suborbital RLV-T6.

American firm SpaceX took a similar route, using the Grasshopper as a technology demonstrator on the way to developing its Falcon 9 rocket, which has revolutionized the launch market. The latest iteration is capable of delivering 5,500 kg. to geostationary transfer orbit with a recoverable first stage while greatly reducing the cost of access to space. 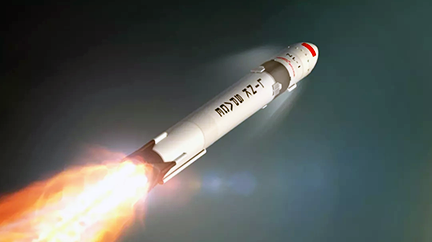 Artistic rendition of a NewLine-1 rocket that is under development by Linkspace.

The goal for Linkspace after the RLV-T6 is debuting the NewLine-1 orbital rocket (Xin Gan Xian 1) in 2020, with a recoverable and reusable first stage. The NewLine-1 two-stage liquid propellant launcher will be capable of carrying 200 kg of micro and nanosats to Sun-synchronous orbit up to an altitude of 500 kilometres. No clear specifications for potential NewLine-2 or later launch vehicles have been presented.