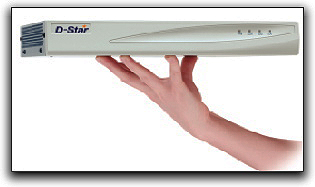 Nortis Cimecom, a leading VSAT operator and a longstanding partner of Eutelsat, has been selected by the Ministry for Education and the national telecommunications regulatory authority to deliver a satellite-based broadband service to schools beyond range of terrestrial networks. This deployment program forms part of a far-reaching national project named ‘Génie’, driven by the Moroccan Ministry of Education to extend ICT infrastructure to schools for on-going teacher training programs and Internet access to educational content for pupils of all ages.

Using Eutelsat’s satellite-based broadband solution as a perfect complement to ADSL and 3G networks serving urban environments, Nortis Cimecom has been selected to equip 25 percent of schools in the first phase of the national programme. The company is consequently now deploying D-STAR in 470 schools in towns and villages across Morocco. The second phase of the ‘Génie’ programme is currently being assessed by the national telecommunications regulatory authority with the ultimate objective to deliver broadband to a total of 21,000 schools. D-STAR is a professional satellite broadband service operating independently from terrestrial infrastructure. The D-STAR equipment consists of a 96cm dish and a DVD-sized D-STAR terminal which will connect up to 10 PCs per school. Using the steerable beam on Eutelsat’s W6 satellite, which provides high-power coverage of North-West Africa, each dish will communicate directly with Skylogic’s hub in Turin (Italy) which is connected to the Internet backbone.