Intelsat's Game Is On For The Rio Olympics

The upcoming 2016 Summer Games in Rio will showcase the top athletes from around the globe as well as the cutting edge technologies that deliver this unifying event to the world.

As the media landscape continues to shift and viewers’ demands evolve, innovation takes center stage at this August’s Games, putting tomorrow’s technologies to the test. 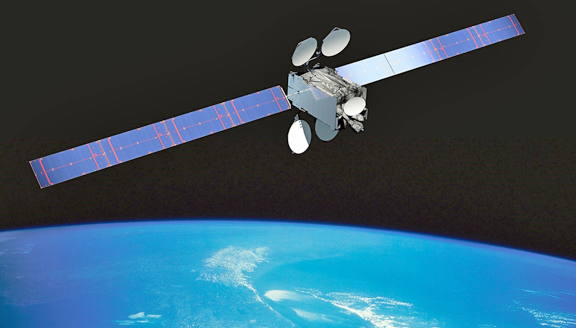 High throughput satellite technology makes its first EpicNG play at the Games this summer, shining the spotlight on the power of a single Ku-band spot beam from Intelsat 29e, the first of our next generation satellites. The Ku-band spot beams are fully interoperable with any Ku-band and C-band wide beams across Intelsat’s Globalized Network.

Leveraging the Intelsat 29e satellite serving Latin America, for the first time in the history of the Games, next-generation high throughput satellite spot beams will be used to support Occasional Use services. As a result, media customers will be able to gather content from the venues and transport it back to their facilities, utilizing EpicNG’s high power, better economics and simpler access via smaller terminals. Intelsat EpicNG is poised to be a game changer this summer, bringing significantly more capacity to the marketplace at a much higher efficiency, allowing more customers to send higher quality, cost effective video transmissions.

Connecting Viewers as Multiscreen Gains Momentum
The London 2012 Games marked a major milestone for the Games and multiscreen viewing. While the majority of viewers still tuned in via linear TV, data from cable and network programmers around the globe indicate that millions of people used three to four screens to watch the Games. As a result, there is increased need for IP-based solutions.

To meet programmers’ needs as viewers’ consumption habits evolve, Intelsat is expanding its media services with IntelsatOne Prism®, a multimedia networking platform and portfolio of managed services that allows customers to easily upgrade a legacy satellite-based network to a next-generation, automated hybrid satellite and terrestrial converged IP network. IntelsatOne Prism is ideal for the coverage of a special event like the Games, during which media customers benefit from automated access voice, video and data links (two-way connectivity) through an integrated platform, enabling multiple delivery systems to provide content to a broad spectrum of user devices.

IntelsatOne Prism also enables coverage of sporting events in remote areas such as open water swimming, triathlon and cycling. As this IP-based technology continues to be tested, there is the potential to deliver even the most remote competitions to fans’ multiscreen devices around the globe.

Transforming The Viewing Experience With Higher Quality Content
Rio will mark another testing milestone as Olympic Broadcast Services plans to conduct the first 4K UHD and High Dynamic Range (HDR) tests during the Games. While these tests are not slated to be available real time to the public, it is another indicator that programmers are recognizing the value of higher quality, differentiated content, particularly for sports, and that the industry is inching closer to widespread adoption of 4K UHD and HDR.

As media customers continue to embrace this technology and develop more content, and consumer demand increases, Intelsat and its partners have proven that the ecosystem is ready to distribute this higher quality content. As early as 2013, Intelsat became the first operator to demonstrate 4K UHD end-to-end video transmission over satellite in North America, and in 2015, Intelsat demonstrated the world’s first HD contribution feed in HDR.

Intelsat also recently expanded its 4K UHDTV demo channel, HVN Intelsat UHD, to serve North America as well as Latin America via Intelsat 14, a premier cable distribution neighborhood serving the region. Customers in both North America and Latin America are also now able to test HDR content via the channel. As 4K UHDTV gets closer to becoming mainstream, there is an increased likelihood both UHD and HDR technologies will be combined to provide an optimal immersive viewing experience.

Intelsat’s Globalized Network has supported the Games since 1968. In 2016, Intelsat will continue to push the boundaries of innovation—in space, on the ground and with ecosystem partner—through new technologies that will ultimately deliver the most immersive, compelling Games viewing experience to the world.