[SatNews] The Falcon Virgo exercise is a series of training flights in coordination with the FAA, FBI, Customs and Border Protection, Civil Air Patrol, the 601st Air and Space Operations Center, and... 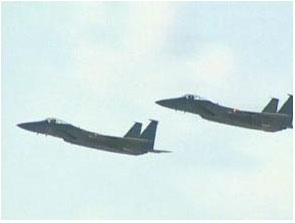 Just like the teams in the Super Bowl, the Continental U.S. NORAD Region and its interagency partners will practice before the big game.

The Falcon Virgo exercise is a series of training flights in coordination with the FAA, FBI, Customs and Border Protection, Civil Air Patrol, the 601st Air and Space Operations Center, and the Continental U.S. NORAD Region's Western Air Defense Sector.  These agencies are part of America's team for defense of the air space around the nation, including events like the Super Bowl.

New Orleans residents can expect flights to begin January 29 around 7 a.m. CST and continue for approximately one hour. If inclement weather occurs, the exercise will take place the following morning. If bad weather continues, officials will then make a decision to postpone or cancel the exercise.

"A key aspect of our daily air defense measures lies in our interagency coordination," said Lt. Gen. Sid Clarke, Continental U.S. NORAD Region commander. "This Falcon Virgo exercise is the perfect opportunity for the Continental U.S. NORAD Region and all our interagency partners to work together honing our air defense skills before Sunday's big game."

These exercises are carefully planned and closely controlled to ensure the Continental U.S. NORAD Region's rapid response capability. The Continental U.S. NORAD Region has conducted exercise flights of this nature throughout the U.S. since the start of Operation Noble Eagle, the nation's ongoing response to the terrorist attacks of September 11, 2001. 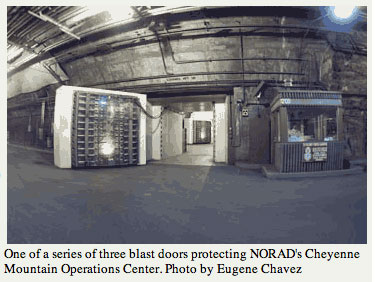 "When it comes to defending America's skies, whether it's Super Bowl Sunday or any other day, the men and women of the Continental U.S. NORAD Region and America's AOC are always on duty," said General Clarke. "We are America's Airmen…On the Watch."

Since September 11, 2001, Continental U.S. NORAD Region fighters have responded to more than 5,000 possible air threats in the United States and have flown more than 62,500 sorties with the support of Airborne Warning and Control System and air-to-air-refueling aircraft for Operation Noble Eagle.

For the aerospace warning mission, the commander of NORAD provides an integrated tactical warning and attack assessment to the governments of Canada and the United States. To accomplish the aerospace control mission, NORAD uses a network of satellites, ground-based radar, airborne radar and fighters to detect, intercept and, if necessary, engage any air-breathing threat to Canada and the United States.

In conjunction with its aerospace control mission, NORAD assists in the detection and monitoring of aircraft suspected of illegal drug trafficking. This information is passed to civilian law enforcement agencies to help combat the flow of illegal drugs into North America. The Command has developed an initial concept for implementing the new maritime warning mission.

Through outstanding bi-national cooperation, NORAD has proven itself effective in its roles of watching, warning, and responding. NORAD continues to play an important role in the defense of Canada and the U.S by evolving to meet the changing threat. The events of September 11, 2001 demonstrated NORAD’s continued relevance to North American security. Today, NORAD provides civil authorities with a potent military response capability to counter domestic airspace threats should all other methods fail.