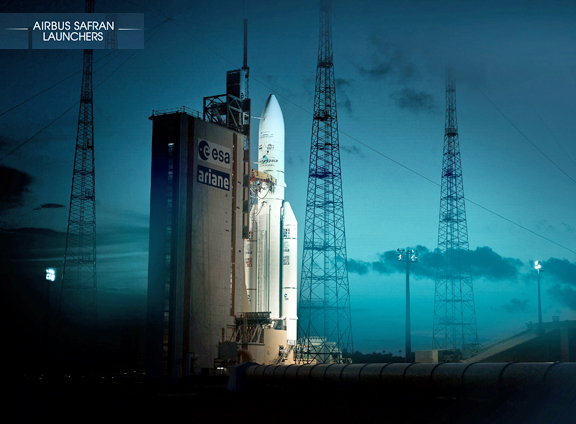 Airbus Safran Launchers has just finalized the first design phase for Ariane 6, successfully confirming the maturity of the future European launcher, for which the maiden flight is scheduled for 2020.

This first design review, called “Maturity Gate 5,” enables Airbus Safran Launchers to confirm performance, schedule and operating costs. This successful design review is a major milestone in the validation process of the Ariane 6 program under contract from the European Space Agency (ESA) and enables Airbus Safran Launchers to validate all of the Ariane 6 technical, industrial and programming characteristics. The company's conclusions were presented to ESA on June 10.

This “Maturity Gate 5” review was started on April 28, 2016, less than 9 months after the development contract was signed with ESA on August 12, 2015. It follows finalization of the design of the future European launcher and the deployment of its industrial organisation with all the industrial partners, in the form of an “extended enterprise”.

Ariane 6 will be a flexible, modular and competitive launcher, offering two versions, Ariane 62 and Ariane 64, in order to guarantee continued European access to space.