The Next Milestone has been Reached by Airbus' JUICE Spacecraft 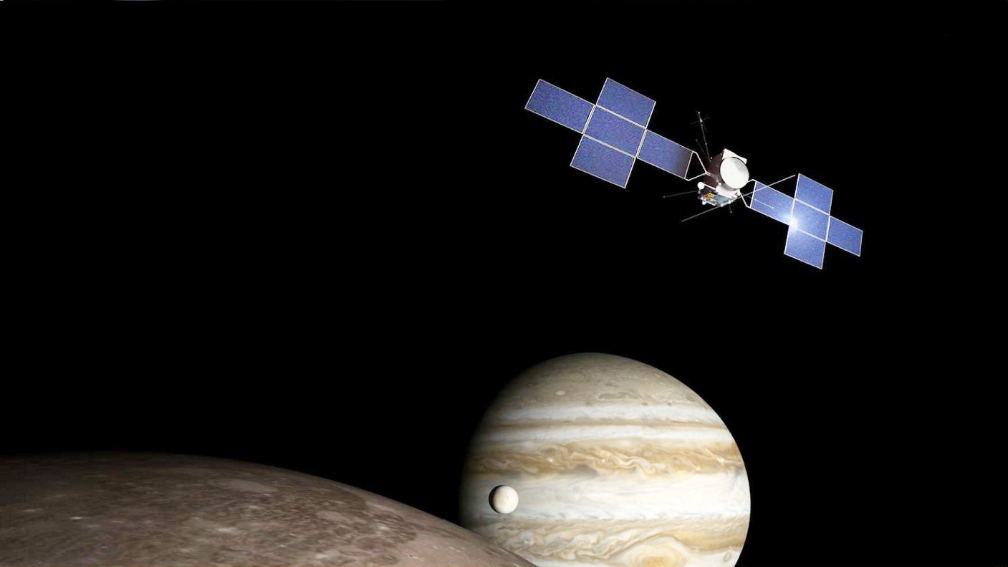 Artistic rendition of JUICE. Image is courtesy of Airbus.

JUICE, the JUpiter ICy moons Explorer mission, has reached its next milestone: On its Earthly journey via different Airbus sites in Europe, the spacecraft has arrived at Airbus’ satellite integration center in Friedrichshafen (Germany) for final integration.

Until the end of 2020, it will be kitted out with its final components including harness, power electronics, onboard computer, communication systems, navigation sensors, thermal hardware and its scientific instruments. Next stop: Noordwijk, The Netherlands, the home of the European Space Agency´s space test centre ESTEC, where the probe has to undergo its thermal vacuum environmental test campaign to prove it is ready for its journey via Venus and Mars to Jupiter and its mission in the Jovian system.

The 5.2 ton JUICE spacecraft will set off in May 2022 on its near 600 million-kilometre-long journey to Jupiter with a planned arrival date of October of 2029. The spacecraft will carry 10 state-of-the-art scientific instruments, including cameras, spectrometers, an ice-penetrating radar, an altimeter, radio-science experiment, and sensors to monitor the magnetic fields and charged particles in the Jovian system. JUICE will complete a unique tour of the Jupiter system that will include in-depth studies of three potentially ocean-bearing moons, Ganymede, Europa and Callisto.

Over the last few months the JUICE structure, built and assembled by Airbus in Madrid, has been completed with its chemical propulsion system at ArianeGroup’s site in Lampoldshausen (Germany) to form the spacecraft body. ArianeGroup’s Orbital Propulsion teams have developed, produced and integrated the propulsion system, which includes two titanium propellant tanks and the 400-newton main engine that will be used for Jupiter orbit insertion, and a further 20 small thrusters.

During a night ride a special transporter carried the heavy and oversized load safely to the integration centre in Friedrichshafen. Airbus has now set up a special two shift working pattern for up to 60 engineers to ensure on time delivery - even in Corona influenced times.

In parallel the full size engineering model of JUICE has been integrated and is at Airbus’ satellite integration centre in Toulouse for full functional software testing, prior to installation on the flight model in Friedrichshafen.

JUICE will spend more than three years in the Jupiter system, collecting data to provide answers on the conditions for planet formation and the emergence of life. It will spend nine months orbiting the icy moon Ganymede analyzing its nature and evolution, and its potential habitability. 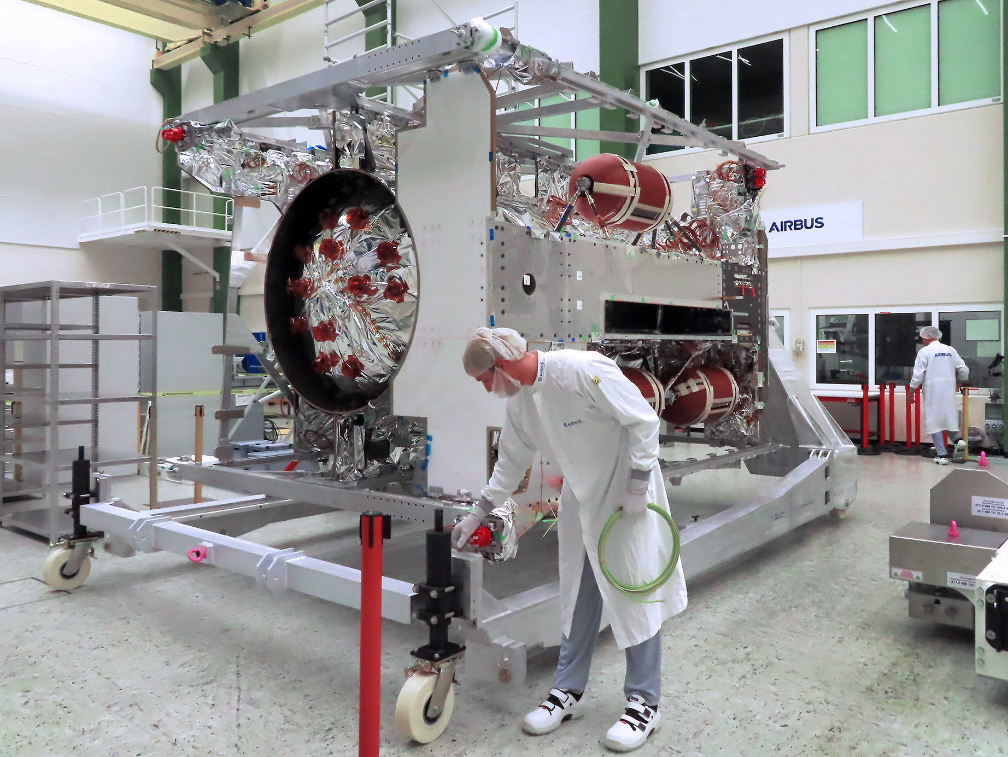