[SatNews] Airbus Safran Launchers (ASL) has reached an agreement with the French State and CNES, the French space agency, to transfer CNES's stake in Arianespace. 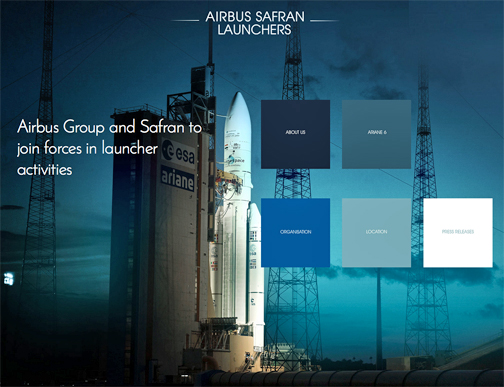 After the completion of all regulatory consultation and approval procedures, Airbus Safran Launchers in consequence plans to hold 74 percent of Arianespace's share capital.

Based on this agreement, Airbus Safran Launchers, which already has a 39 percent stake, is expected to hold 74 percent of Arianespace's share capital. The remaining 26 percent shareholding remains unchanged. These shares are in the hands of the main manufacturers from ten European countries who contribute to the Ariane and Vega launch vehicles. The transaction should be finalized in the coming months, after the completion of the regulatory consultation and approval procedures. Because of the agreement concerning launcher operation that ties it to ESA, Arianespace is required to inform ESA of this planned change in its shareholding structure.

Independent on subject change in shareholding, Arianespace will retain its status as an independent company, with its head office in Evry (near Paris), facilities in French Guiana, and offices in Washington, D.C., Singapore and Tokyo. Arianespace will seek for operational synergies with Airbus Safran Launchers. The competitiveness improvement efforts undertaken by Arianespace and its partners to encounter the intensified competition, even before the start of Ariane 6, will be continued. These changes will allow Arianespace to meet its customers' expectations even more effectively, in the framework of a re-affirmed partnership with all satellites’ manufacturers.

Following this agreement, Arianespace Chairman and CEO, Stéphane Israël, said, "The agreement between Airbus Safran Launchers, the French State and the CNES reflects the logic behind the remodeling of the launcher industry that was decided in Luxembourg last December at the ESA ministerial-level conference. This marks a major step forward on the road that should lead to Ariane 6.

"The planned increase in Airbus Safran Launchers' stake in Arianespace reinforces our confidence in the future. I would like to reaffirm our commitment to all industry shareholders, as well as ESA and the national space agencies, especially CNES, DLR and ASI. And I would like to pay tribute to CNES, which will continue to be a key partner for Arianespace. Given this new context, Arianespace, building on its family of launchers and the unrivaled skills of its people, has all the assets needed to carry out our primary mission, namely to guarantee independent access to space for Europe, while continuing to lead the way in the commercial launch market."