Inmarsat In Mali Brings The Phones As Refugees Flee 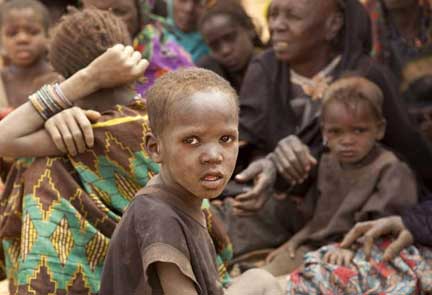 [SatNews] Despite hardship, conflict and terror there are agencies that bring hope in the form of a phone...

Refugees fleeing conflict in Mali are using BGAN and IsatPhone Pro to keep in touch with loved ones. The Inmarsat-sponsored emergency communications agency Télécoms Sans Frontières (TSF) has deployed its expertise to help thousands of Malians at two refugee camps in neighboring Burkina Faso. 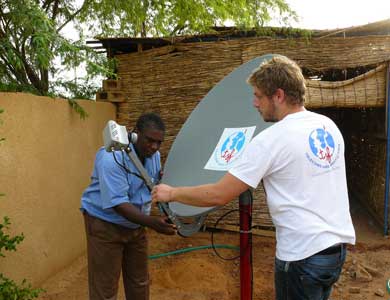 "BGAN is being used to help the UNHCR carry out its assessment mission, but we are also providing humanitarian calls," explained TSF spokeswoman Laure Crampe.

"Over the coming days we aim to offer free calls to at least 100 families each day at the refugee camps located in Ferrerio and Djibo."

Seeking refuge
The UN estimates that around 250,000 Malians have crossed borders, seeking refuge in Mauritania, Burkina Faso, Niger and Algeria.

This migration follows the March coup by rebel factions who seized control of Mali's northern region. The conflict exacerbates a serious food crisis already affecting Mali and other countries since harvests failed last year in the Sahel region, which is inhabited by 18 million people from eight countries.