Appreciation Expressed By Boeing For The Reauthorization Of The U.S. Export-Import Bank 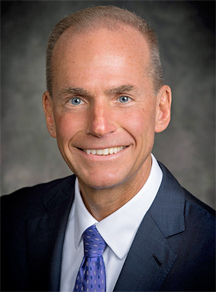 "By reopening the Export-Import Bank, Congress has taken strong action enabling American exporters and the skilled workers they employ to compete successfully in tough global markets. We commend the bipartisan majorities in both the House and the Senate that recognized the Ex-Im Bank's value to the U.S. economy by voting several times in recent months to reauthorize. With these votes, Congress did the right thing for workers at companies large and small across the nation, including the 1.5 million workers at nearly 15,000 U.S. companies that help Boeing design, make and support America's aerospace exports."