Golden Software, a developer of affordable 2D and 3D scientific modeling packages, has streamlined many workflows in the latest version of their Surfer® gridding, contouring, and 3D surface mapping product — these enhancements will save time for end users in oil & gas exploration, environmental consulting, mining, engineering, and geospatial projects. 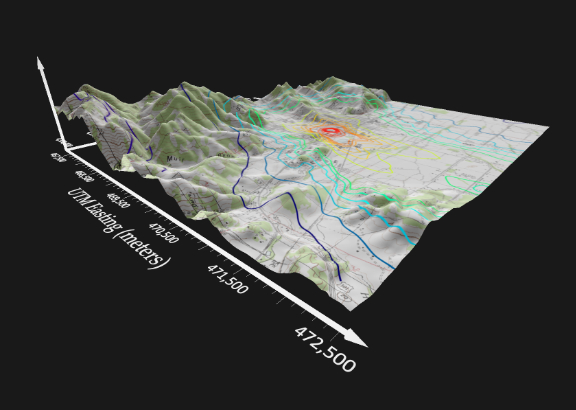 Screenshot of a Golden Surfer 3D export.
Image is courtesy of Golden Software.

Used by 100,000 clients worldwide, Surfer has been relied upon for more than 30 years by scientists in numerous disciplines to easily visualize and interpret complex data sets.

Known for fast and powerful contouring algorithms, Surfer enables users to model data sets, apply an array of advanced analytics tools and graphically communicate the results anyone can understand.

Golden Software has made these time-saving improvements in the latest Surfer version just released:

Surfer Beta Available
As is the tradition at Golden Software, the company has released a Beta version of Surfer simultaneously with the new version to give customers a chance to try out new features while they are still in development. Users may find the Beta version by clicking File | Online from within Surfer.

Here are the Beta features that Golden Software developers are working on for a late summer release in 2020:

Kari Dickenson, Surfer Product Manager, said the company has simplified workflows by making many of the most popular Surfer mapping processes more intuitive. By deleting steps and reducing mouse clicks, we have shaved valuable minutes off the time it takes to complete many functions. In Surfer Beta, Golden Software is working on delivering time-savings shortcuts that have been the most requested by the firms' customers.