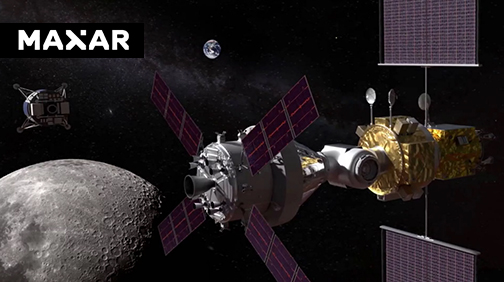 Maxar Technologies (NYSE:MAXR) (TSX:MAXR) has been selected by NASA to perform an in-space assembly demonstration using a lightweight robotic arm.

The arm, called SPIDER (Space Infrastructure Dexterous Robot), will be integrated with the spacecraft bus Maxar is building for NASA’s Restore-L project, which plans to refuel a satellite in LEO. 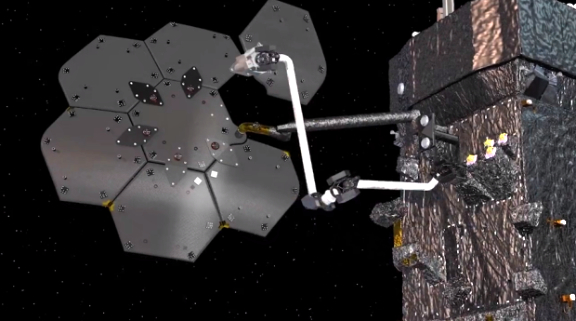 The award is valued at $142 million and follows a successful ground demonstration in 2017 and a review in August 2018 that validated Maxar’s first-generation, end-to-end system architecture and detailed robotic arm design. Maxar is identifying roughly $2 million of work to be performed by West Virginia University through its West Virginia Robotic Technology Center, including independent verification of SPIDER’s capabilities through multiple performance studies to increase the reliability of in-space assembly tasks. The program was called Dragonfly during the design and ground demonstration phase.

SPIDER will be built by Maxar’s team in Pasadena, California, which has previously delivered six robotic arms for NASA’s Mars rovers and landers, including the arm currently operating on InSight Lander and an arm for the upcoming Mars 2020 Rover.

SPIDER will enable spacecraft components to be robotically assembled and reconfigured while on-orbit. For Restore-L, SPIDER will assemble multiple antenna reflector elements into one large antenna reflector. This revolutionary process allows satellites, telescopes and other systems to use larger and more powerful components that might not fit into a standard rocket fairing when fully assembled. The technologies developed under SPIDER could ultimately enable entirely new architectures and space infrastructure for a wide range of government and commercial missions, including commercial satellites, human space exploration to the Moon and Mars under the Artemis program and in-space telescope assembly.

SPIDER will also demonstrate in-space manufacturing using Tethers Unlimited’s MakerSat. MakerSat will manufacture a 10-meter lightweight composite beam, verifying its capability to form large spacecraft truss structures for future missions. As it manufactures the beam, MakerSat will characterize the beam’s shape and structural performance to determine if a structure built in space performs differently than one made here on Earth.