PayTV operators, content owners and broadcasters will now be able to deliver their video content on a newly-developed platform on the SES-14 satellite to reach more than 33 million TV homes across Latin America.

The C-band platform is developed by Sersat, a Datco Group company and a leading telecom company in Argentina for video solutions and services, and hosted via SES’s new video position for the Americas via 47.5 degrees West. 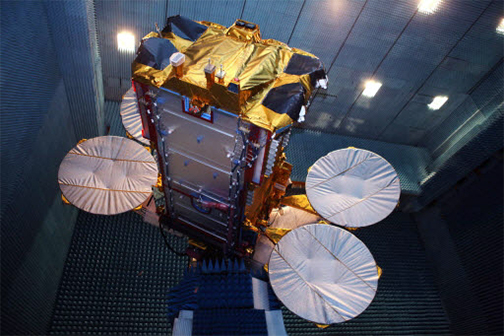 Local and international content operators and owners who want to broadcast over Latin America will be able to enjoy the benefits of instantly reaching millions of households that are currently served by the satellite via the platform hosted at the Sersat teleport in Buenos Aires. SES-14 reaches 33.3 million TV homes directly in the region. In addition, its channels are being picked up by other direct-to-home platforms which serve another 29.3 million homes, bringing the total number of TV households it serves to 62.6 million.

SES was a strategic partner to Sersat when broadcasting the Rally Dakar Peru 2019 using the SES-10 and SES-14 satellites. For Sersat, the challenge of broadcasting an event in hostile terrain such as the Dakar Rally requires peak performance of both technical and commercial teams.  Next to having the best satellite coverage, teams from both companies collaborated well and complemented each other with their strengths, making the event broadcast a successful one.

Verónica Martinez, President of Sersat, said that having worked with SES in the past, the company is confident that SES can provide the firm with high-quality services for our operators in the region. From the Sersat teleport in Buenos Aires, the end-to-end transmission signals for local and international channels are managed, enabling payTV providers in Latin America to build differentiated content networks and provide more channels across the region.

Jurandir Pitsch, VP Sales, Latin America and Caribbean of SES Video, noted that across Latin America, the demand for content has never been greater. Through the firm's assets and partnerships, SES Video will leverage the power of satellite to deliver content to mass audiences. The latest agreement with Sersat is an extension of the firm's long-term partnership to offer more and better video solutions to satisfy the demand of content distributors and owners that want to deliver more content across Latin America.