[SatNews] Turkey's first indigenous satellite, TÜRKSAT 6A, will be built by TAI Facilities in Ankara. 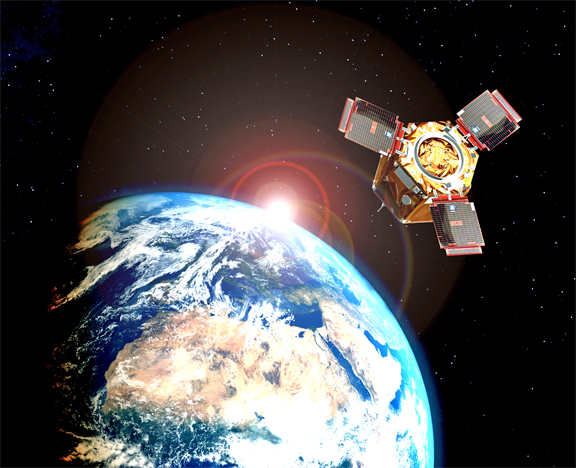 Artistic rendition of the GÖKTÜRK-2 satellite.

The satellite program, fulfilling the requirements of Turkish Satellite Operator Company TÜRKSAT, will be coordinated by The Scientific and Technological Research Council of Turkey (TÜBÄ°TAK). The financial budget for the program has been granted by the Ministery of Transportation, Communication and Maritime Affair, TÜRKSAT and TÜBÄ°TAK under TÜBÄ°TAK—Public Research Support Group (KAMAG in Turkish acronym) 1007 regulations. The entire preparation phase of the project was completed in only
one year. 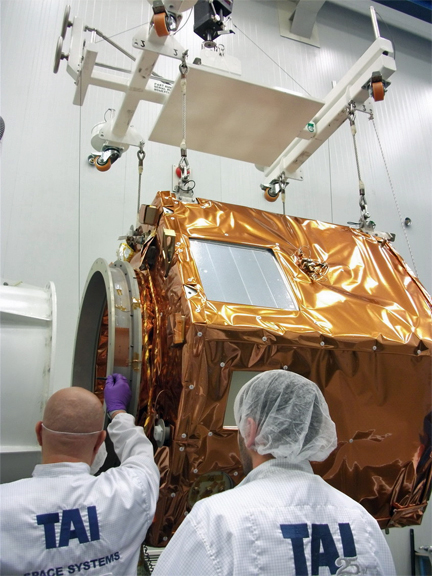 The GÖKTÜRK-2 satellite during build.

TÜRKSAT 6A as the first indigenous telecommunication satellite of Turkey and has been planned to be developed in cooperation with TÜBÄ°TAK Space, TAI, ASELSAN, and CTECH, with a work sharing model that's based on the technical competencies of those involved in the project.

The assembly, integration and test activities of TÜRKSAT 6A Satellite will be performed at the TAI Facilities—Assembly, Integration and Test Center in Ankara.

GÖKTÜRK-2 was designed by TAI—Turkish Aerospace Industries, Inc. and TÜBÄ°TAK Space from and 2012. The spacecraft flight model was integrated and tested at TAI's AIT Facilities in AkÄ±ncÄ±/Ankara—the satellite launched from Jiuquan Satellite Launch Center, China, via a LM-2D Launcher.

After an official ceremony on December 18th 2012, GÖKTÜRK-2 started its space operations in LEO. In two years, the satellite recorded more than 10,000 passes, with nearly 5000 images and covered 9.850.000 km2 ground surface. GÖKTÜRK-2 continues to serve at its 684km altitude under the control of the Turkish Air Forces.

More information regarding TAI is available at https://www.tai.com.tr/en/department/space-systems