NASA—Moving On Up, Miller To Chief Technologist (Business)

[SatNews] NASA Administrator Charles Bolden has announced that David W. Miller, professor of aeronautics and astronautics at the Massachusetts Institute of Technology (MIT) in Cambridge, Mass., has been named the agency’s new Chief Technologist. 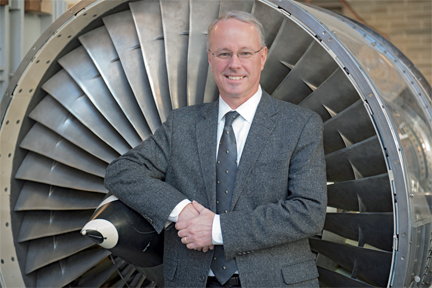 As chief technologist, he will be Bolden's principal advisor and advocate on matters concerning agency-wide technology policy and programs. Currently a professor and director of the Space Systems Laboratory at MIT, Miller will serve as NASA’s chief technologist through an intergovernmental personnel agreement with the university. Miller succeeds Mason Peck, who returned to his teaching position at Cornell University in Ithaca, N.Y.

Prior to this appointment, Miller held various positions on NASA projects, to include principal investigator for the Regolith X-ray Imaging Spectrometer for the OSIRIS-REx asteroid sample return mission planned for launch in 2016. He was also the principal investigator for the Synchronized Position, Hold, Engage and Reorient Experimental Satellites (SPHERES), project on the International Space Station. More recently, Miller served as the vice chair of the Air Force Scientific Advisory Board. At MIT, Miller’s work focuses on developing ideas for spacecraft that can repair and upgrade satellites with multi-mission functions through space operations and docking using standard interfaces. He also helped develop a technique to control satellite movement, without propellant, using high temperature super-conducting electromagnets. Miller earned his undergraduate and graduate degrees from MIT, and has been a member of its faculty since 1997.

The Office of the Chief Technologist is responsible for coordinating and tracking all technology investments across NASA, as well as developing and executing innovative technology partnerships, technology transfers and commercial activities, and the development of collaboration models for the agency.

To learn more about NASA's Office of the Chief Technologist, please visit http://www.nasa.gov/oct