MOSCOW (Sputnik) – Two launches of Russian carrier rockets Soyuz-ST with UK satellites are planned to be held at the Kourou spaceport in French Guiana in the first quarter of 2019, a source in the aerospace industry told Sputnik. 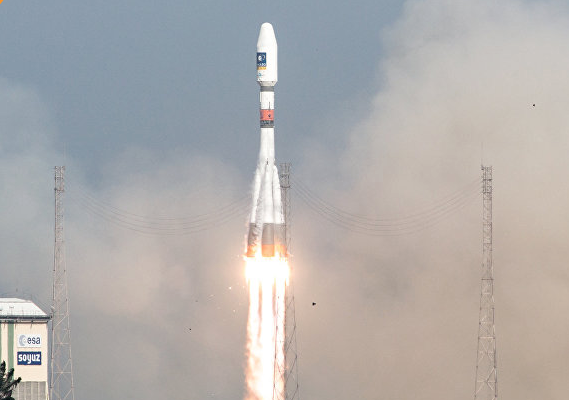 A picture taken on December 17, 2015 shows a Soyuz rocket blasting off from the European space centre at Kourou, French Guiana
© AFP 2018 / JODY AMIET

The official added that specialists of the Russian NPO Lavochkin aerospace company will arrive at the spaceport in mid-January to begin preparing Fregat for fueling and installing the equipment for placing OneWeb satellites on it.

Later the same month, specialists of Progress Rocket Space Center will join them for assembling and testing the Soyuz-ST rockets. Moreover, employees of the Center for Operation of Space Ground Based Infrastructure TsENKI will arrive at Kourou to prepare the infrastructure on the ground for the launches.

In June 2015, Russian space agency Roscosmos signed contracts with France’s Arianespace and the United Kingdom’s OneWeb for carrying out a total of 21 commercial launches to bring 672 satellites to space atop the Soyuz rockets from Kourou, as well as Russian cosmodromes Baikonur and Vostochny.

Moreover, Russian carrier rockets bring the UK O3b satellites to the orbit from Kourou. A total of 16 such satellites were flown to space by four Soyuz-ST rockets over the past five years.

Since October 2011, Soyuz-ST rockets were launched 20 times from Kourou.