NOAA-20 Satellite Turned Over to NASA by Ball Aerospace

Launched on November 18, 2017, JPSS-1, now known as NOAA-20, is the most advanced operational environmental system ever developed by government and industry, and significantly increases the timeliness and accuracy of forecasts three to seven days in advance of severe weather events. 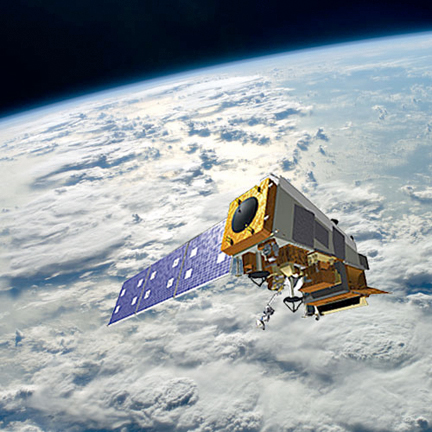 Artistic rendition of the NOAA-20 satellite (formerly known as JPSS-1) is courtesy of NOAA.

The acceptance review confirmed the satellite met its on orbit requirements and the spacecraft and the five instruments are performing, as expected. NOAA-20 is proceeding on schedule for operations handover from NASA to NOAA. NOAA will determine when the satellite data will be used in NOAA products and services.

Ball Aerospace designed and manufactured the NOAA-20 spacecraft and the Ozone Mapping and Profiler Suite-Nadir (OMPS-N) instrument; integrated all five of the satellite's instruments, including those built by industry partners Harris, Raytheon and Northrop Grumman; and performed satellite-level testing and launch support.

The JPSS missions are funded by NOAA to provide global environmental data in low-Earth polar orbit. NASA is the acquisition agent for the flight systems, launch services and components of the ground segment. Ball is also under contract to build the OMPS instruments for NOAA's follow-on JPSS-2, JPSS-3 and JPSS-4 missions.

Rob Strain, President, Ball Aerospace, noted that the NOAA-20 satellite, with its sophisticated instruments, is ready to deliver better, more accurate data for operational weather forecasting, which will help save lives and resources, protect property and support the nation's economy, now and well into the future.