London-based, specialty satellite operator, Avanti Communications, has had a challenging few years and was not helped by changes in management, satellite delays, capital restructuring and, last year, withdrawing from London’s secondary Alternative Investment Market (AIM) and taking itself private.

Kyle Whitehill joined the business as CEO in April 2018, barely two years ago, and spent time with Liquid Telecom (as CEO) and previously the CEO of Vodafone Qatar. David Williams, co-founder of Avanti, had been let go in August of 2017 amidst criticism of his tenure and falling revenues, cash flow problems and a share price that was in the gutter. 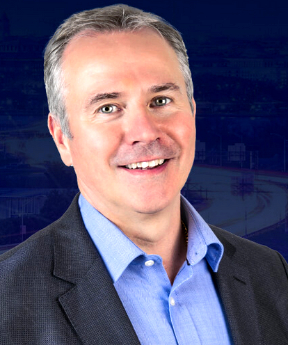 Whitehill has certainly changed much at the business. Avanti quit AIM and he now says that there have been some major changes of thrust. “When I joined Avant almost 2 years ago I looked at where we were, and where the satellite industry was. I immediately asked what was happening where the whole global satellite industry was about the same size as Vodafone’s German operation.”

Whitehill says the company has reversed most of the previous management’s policies. “My view disagreed with the philosophy used by the previous occupier of this seat which was to bring this new technology to the market with high-throughput data services. There’s nothing fundamentally wrong but if you are bringing a new technology to a market with a total $1.3 billion of investment, you have to have scale. That scale and revenues, EBITDA and profitability have to be sufficient to pay back shareholders. That is clearly where the problem was. The economics simply didn’t make sense. Indeed, looking back it might make a terrific case study of how not to do things.”

Avanti now has 4 Ka-band satellites on orbit, but it is the company's latest pair (Hylas 3 and Hylas 4) that are the most important in its fleet. “On my appointment, remember, we were losing money with not enough broadband revenue and Hylas 3 and 4 still not launched. I inherited Hylas 1 and Hylas 2 but still with CapEx going to Hylas 3 and 4. We now have them in the fleet, but at the time there was still little clarity as to who was going to buy this capacity and it certainly wasn’t going to be rural broadband over Africa, which was still a long way off,” said Whitehill.

“What we decided was to stop messing around and go and find Ka-band consumers, who bought K-band in scale and could start buying quickly from us. We identified 3 specific segments. We looked at existing satellite suppliers in the industry which [previous management] had been somewhat paranoid about. We talked and they said what we could do would be helpful, and in some cases very helpful. The result today is that we are dealing with Viasat, Turksat and Inmarsat as well as YahClick. We are helping them deliver to their customers. These deals have gone from nothing to more than $35 million last year and again this year,” he added.

Target group two was the US military and the third target was the world’s cellular businesses and, in particular, those operating in Africa. Whitehill says that he expects successes in these areas to boost revenues by 50 percent this year, taking the company to break even cash flow.

Whitehill concluded, “The Internet of Things (IoT) figures strongly in our strategy. 5G also suits the IoT market and will lead to demand increasing. We think this will lead to an explosion of consumption. We have to think about how that might be monetised, of course, and seeing where that ARPU might flow."