Operating in the Ka-band, the Paradigm and Skyware terminals are designed for enterprise and government users, ranging from civil government and defence forces to banking and finance, and NGOs.  Successful completion of FAT and OTAT allows both manufacturers to complete actions for final Type Approval. This significant milestone has been reached just two months after the first satellite (Inmarsat-5 F1) in Inmarsat’s game-changing GX constellation achieved commercial service introduction (CSI), in July 2014. The fleet of three GX satellites, currently scheduled to be fully deployed by the end of the first half of 2015, will create the world’s first globally available Ka-band, mobile high-speed broadband satellite network, providing high-throughput services on land, at sea and in the air.

For Paradigm Communications, the Connect 70, Connect 100 and Connect 180 fixed VSAT terminals have all completed FAT and OTAT.  Paradigm’s integrated GX core module solution, called the Paradigm Interface Module (PIM), has also been approved, enabling it to be paired with any GX-compliant Ka-band terminal. 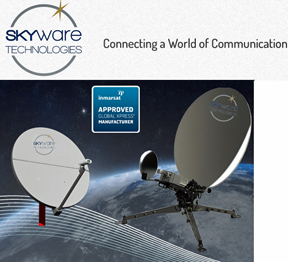 The full constellation of three Inmarsat-5 satellites is currently scheduled to be fully deployed and commercially available by the first half of 2015, offering the world’s first seamless, global, end to end, high-quality mobile broadband service.  GX is a US$1.6bn investment program by Inmarsat to deliver the next generation of high-throughput commercial communication satellites.

Further information regarding Inmarsat is attainable at http://www.inmarsat.com/about-us/our-satellites/global-xpress/