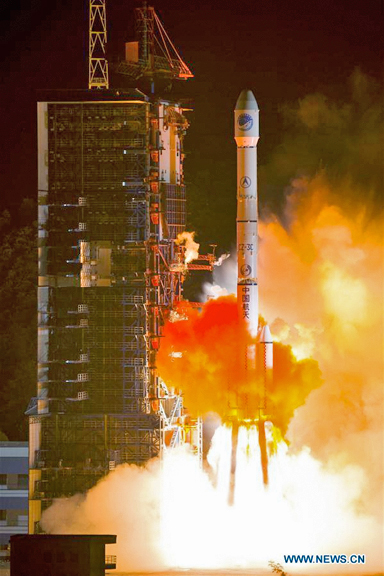 China has launched another satellite to support the nation's global navigation and positioning network—the launch occurred at 11:30 p.m., local time, on June 13th.

The satellite, launched from the Xichang Satellite Launch Center in southwest China's Sichuan Province, was pushed to orbit by a Long March-3C carrier rocket.

This is the 23rd satellite in the BeiDou Navigation Satellite System (BDS), which is being developed as an alternative to the US GPS satellite system and was also the 229th launch of the Long March carrier rocket.

The satellite, after entering the designed work orbit and finishing on orbit testing, will join other satellites already in orbit and will improve the stability of the system, preparing for BDS to offer global coverage.