Journalist Andrew Jones of gbTimes is reporting that China has successfully carried out the first launch of the year on Thursday with the lofting of the Zhongxing-2D communications satellite to geostationary transfer orbit. 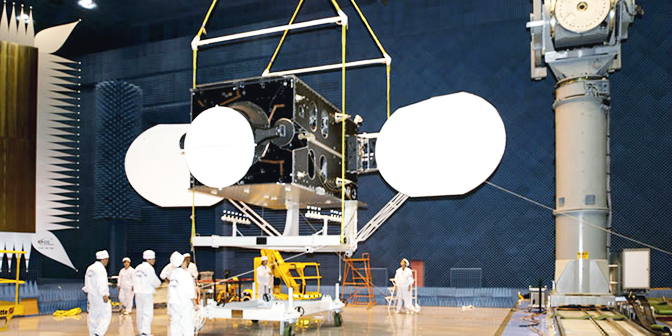 A Dongfanghong-4 (DFH-4) satellite bus.
Photo is courtesy of the China Academy of Space Technology.

Little is known about the payload, also known as ChinaSat-2D, which was described tersely by Xinhua as a Chinese-made communication and broadcasting satellite designed to, "provide transmission service for the country's radio, television stations and cable television networks." Nasaspaceflight.com notes that the satellite may belong to a second generation of communication satellites for military applications. The satellite is likely based on the DFH-4 communications satellite platform developed under the China Academy of Space Technology (CAST) under the China Aerospace Science and Technology Corporation (CASC), the main space contractor.

Another institute under CASC, the China Academy of Launch Vehicle Technology (CALT), developed the hypergolic, expendable Long March 3B rocket used for the mission. The Long March 3 series will soon be in action again at Xichang as China continues its push to complete its Beidou navigation and positioning system, a rival to GPS of the United States.

A Long March 3B early last month launched the Chang'e-4 lunar lander and rover, which touched down on the far side of the Moon on January 3.

China has not yet released any indication of the number of launches it plans to carry out in 2019, which will follow on from a national record 39 times (including one failure) last year.