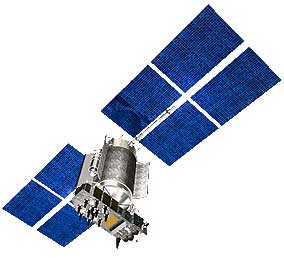 GLONASS-M
“The launch vehicle Proton-M, which was blasted off at 4.53 am Moscow time on Thursday from the Baikonur spaceport by the upper stage rocket DM within a period between 8.26 am and 9.12 am Moscow time put three satellites GLONASS-M on the designated orbit,” spokesman for the Space Troops Lieut. Col. Alexei Zolotukhin told Itar-Tass, the Russian news agency. “The separation of satellites was made as scheduled. The stable communication with the satellites was established and is being maintained. The satellite onboard systems are operating well,” he noted. “The placement of each of three satellites in the designated point of the orbit will be made thanks to the engine switch-on,” a source in the Federal Space Agency (Roskosmos) said. “New satellites should be made operational fully for 45 days since the launch moment,” the source said. The satellites will operate on the circular orbits at an altitude of 19,100 kilometers and with the inclination angle of 64.8 degrees.

The Thursday launch is seeking to build up the GLONASS orbital grouping. According to the Machine Building Central Research Institute, “The orbital grouping included 23 satellites, 21 of which on the designated mission and two in the orbital reserve” as of September 1, 2010. At least 18 operational satellites, 24 satellites on the global scale, are needed for a constant GLONASS signal for all of Russia's territory. The GLONASS satellites will be placed on the orbits in three projections 120 degrees from each other, with at least eight satellites in each projection. The payload of the satellite GLONASS-M is 1,415 kilograms. Its service life is seven years.

The civil GLONASS satellites are designed to provide the constant navigation signal, which can detect the highly accurate coordinates and the speed of any moving object equipped with GLONASS receivers. The GLONASS orbital grouping resolves the missions for Russian security. The GLONASS system was initially put into operation by the Defence Ministry in September of 1993 with the limited orbital grouping of 12 satellites. In December 1995, the orbital grouping was deployed to the scheduled strength of 24 satellites. However, it was cut again due to underfinancing. On February 18, 1999, the Russian president decreed the GLONASS system as a dual-purpose system. In December 2005, Vladimir Putin instructed Roskosmos and the Defence Ministry to speed up the restoration of the GLONASS orbital grouping. Before the end of 2010, Roskosmos is planning to orbit four more GLONASS-M navigation satellites and one new-generation satellite, GLONASS-K. (Source: ITAR-TASS) 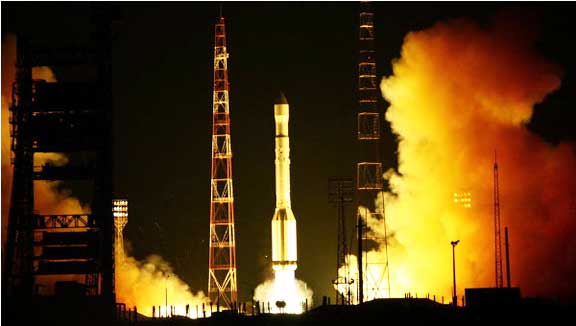