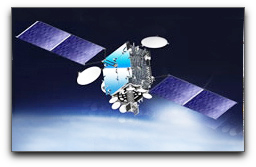 Arianespace has been selected to launch the French-Italian Athena-Fidus dual use satellite, within the scope of a contract signed by Thales Alenia Space and Telespazio and the French and Italian space agencies, CNES and ASI. The French-Italian Athena-Fidus satellite will be lofted into geostationary transfer orbit during the second half of 2013 by an Ariane 5 or Soyuz launch vehicle operating from the Guiana Space Center, Europe's Spaceport in French Guiana.

Athena-Fidus (Access on theaters for European allied forces nations-French Italian dual use satellite) is a French-Italian telecommunications satellite that uses state-of-the-art civil broadband Internet technologies. Funded jointly by French space agency CNES, French defense procurement agency DGA, Italian space agency ASI and Italian Ministry of Defense, Athena-Fidus will provide communications services to both armed forces and civil security agencies in France and Italy. It will complement the capabilities offered by Syracuse 3 and Sicral satellites. Thales Alenia Space will produce the Athena-Fidus satellite using a Spacebus 4000B2 platform. The satellite will weigh about 3,000 kg at launch, and has a design life exceeding 15 years.