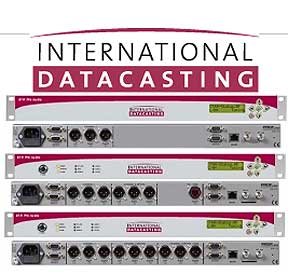 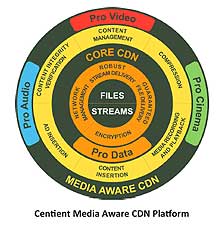 Centient infosheet PDF download link.
Additionally, the Company has signed a contract with Thaicom Public Company Limited which, in conjunction with their customer, will own and operate a satellite cinema distribution system throughout south east Asia.

Under this contract, IDC’s Centient™ Media Aware Content Distribution Network (CDN) platform will be deployed to secure and manage live and file based content for satellite distribution to IDC receivers at 3,000 cinemas throughout Thailand and other countries within the reach of the Thaicom footprint. The value of the contract is being withheld at the request of the customer. The Centient Media Aware CDN system will manage the ingest of movies and the distribution of live content as supplied by their customers via the Thaicom network operations center based in Bangkok. Cinemas will be equipped with the IDC Pro Cinema receiver which provides satellite reception of secured live events and encrypted files for use within these cinemas. The Pro Cinema receiver implements addressable decryption of live events and secure storage of movies. In addition, it allows multi-lingual subtitling and offers a high performance video playout system with integrated real-time watermarking. Watermarking will protect content and deter piracy by allowing the tracking of illegal copies back to a specific cinema. Provision is also made for future 3D operations as studios ramp up their 3D productions.