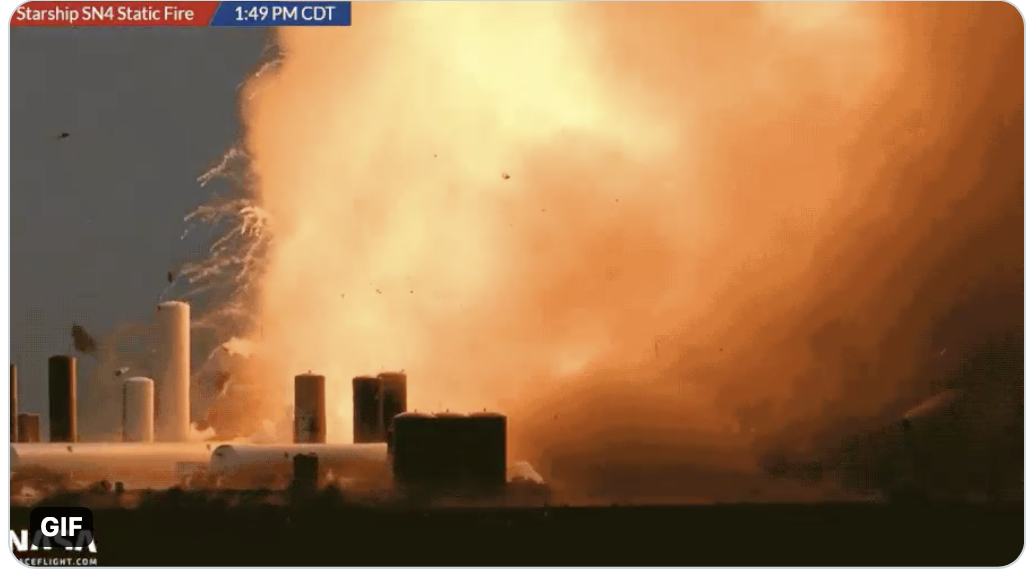 Friday, the fourth prototype of SpaceX’s next generation Starship rocket exploded at the company’s south Texas test site. A huge fireball left little to the imagination as it left very little hardware still standing and apparently causing damage to the test site.

This is just one day before the first launch with SpaceX's Falcon 9 rocket, and Crew Dragon spacecraft will transport two American astronauts to the ISS. The original date was Wednesday, the 27th but weather conditions caused the mission to be scrubbed.

SpaceX’s future Starship, will be used to transport people to deep space destinations such as the Moon and Mars. The company’s work site in Boca Chica, Texas was the site where the main Raptor engine on the latest Starship prototype conducted a test known as a static fire. This was the fifth static fire test SpaceX conducted over several weeks.

This isn't the first failure of a Starship prototype, there have been three three unsuccessful tests that caused the vehicles to burst or implode