Intelsat... Good For The Neighborhood (SatBroadcasting™—Capacity)

[SatNews] A new capacity contract for IS-17 will bring additional content to the Indian Ocean region.

Intelsat S.A. has signed a multi-year contract with Sony Pictures Television for capacity on the Intelsat 17 satellite (IS-17), enhancing Intelsat’s media neighborhoods in the Indian Ocean region. Slated for launch later this year, IS-17 will provide C- and Ku-band capacity across Europe, the Middle East, Africa, Russia, and Asia. This satellite will replace the Intelsat 702 satellite and is designed to provide service for the next 16 years. 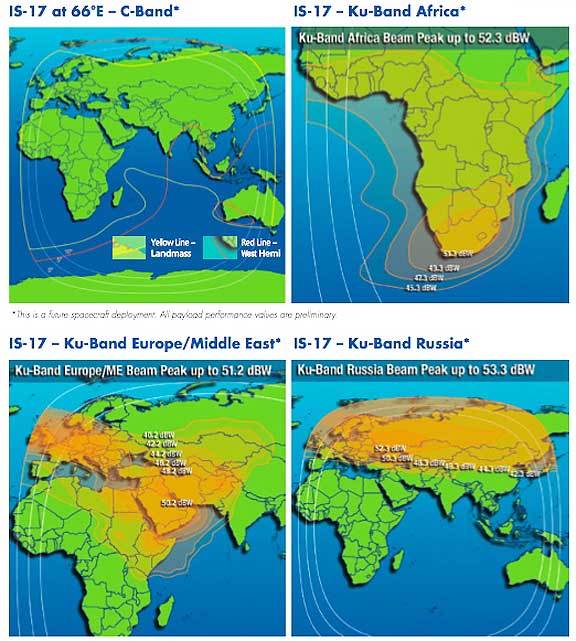 
“Sony Pictures Television will be an important anchor programmer for IS-17. The satellite will be positioned at 66º E, effectively next to our successful Asian video distribution neighborhood located at 68.5º E, on the Intelsat 10 satellite, which has been serving our customers since 2001,” said Kurt Riegelman, Intelsat’s Vice President, Global Sales. “IS-17’s enhanced transponders include linear C-band capacity and multi-continental coverage that is attractive to programmers looking to expand distribution in a region that extends across Asia and into Europe and Africa.”