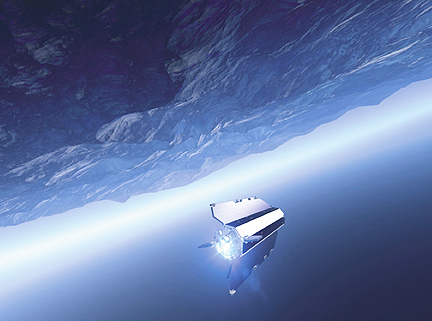 Developed and integrated by Thales Alenia Space for the European Space Agency (ESA), GOCE is the most sophisticated mission ever to investigate the Earth’s gravitational field and to map the reference shape of our planet — the geoid — with unprecedented resolution and accuracy. It will also provide invaluable insight to better understand our climate and ocean circulation. GOCE is the first Core Mission in ESA’s Earth Explorer program. During its planned orbital lifetime of 20 months, it will provide the first high-resolution map of the Earth’s gravitational field, knowledge which is fundamental for oceanographic, geophysical, geodetic, glaciology and climatology applications.

Thales Alenia Space is ESA’s prime contractor for the realisation of the GOCE satellite and has been responsible for its project development, integration and testing. The company also developed the sophisticated Electrostatic Gravity Gradiometer, which is the main payload, for measuring the terrestrial gravitational field, and relies on a set of six ultra sensitive capacitive sensors. Further contributions made by the company to one of ESA’s most challenging missions include: 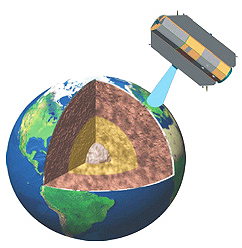 Thales Alenia Space also coordinated work by 45 European subcontractors, including EADS Astrium of Germany, which built the satellite platform, and French aerospace Lab ONERA, which developed the dedicated high-precision accelerometers for the gradiometer. “This is the latest major success for Thales Alenia Space, and reflects our deep commitment to developing the scope of Europe’s scientific missions,” said Luigi Pasquali, CEO of Thales Alenia Space Italy. “Our work on GOCE once again demonstrates our outstanding expertise and capabilities, in particular our ability to effectively meet the complex challenges of scientific missions. We are delighted with today’s successful launch and are looking forward to an equally successful mission, further spotlighting Thales Alenia Space’s long experience and leading position in this exciting sector.”