[SatNews] Archived radar data from the Envisat mission are playing an important role in...

...mapping landslides in Switzerland. The mission’s vast archives continue to prove useful for mapping ground deformation. Landslides are a natural hazard of special relevance in Alpine regions. This ground displacement can severely damage human lives and infrastructure. Earth-observing satellites—specifically those equipped with radars—can help scientists to map and monitor ground movement. This information can then be used by local authorities in planning safe and durable infrastructure, as well as for mapping risk to existing infrastructure. 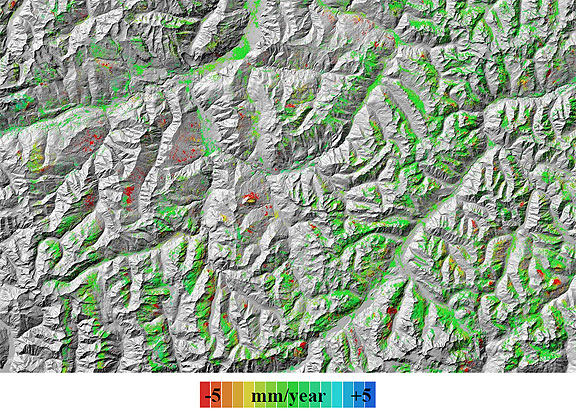 From their orbits some 800km above the ground, satellite radars can detect these ground deformations down to within centimetres. When two or more radar images of the same area are combined, positional changes are revealed. This technique, called Differential Interferometric Synthetic Aperture Radar—or DInSAR—has become a useful tool for detecting ground deformation. 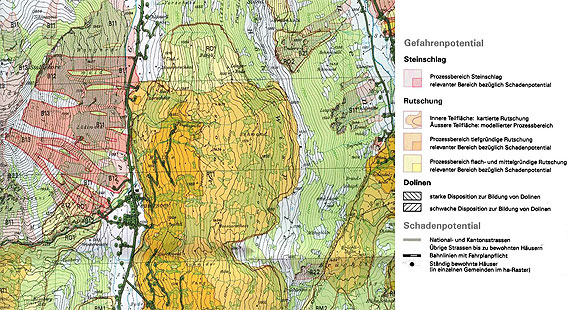 Regional hazard map over an area in western Switzerland showing rock falls in pink and landslides in orange and yellow. Radar data from the Envisat satellite are still being used to support the generation of regional hazard maps.
Credits: Canton Bern

The Swiss corporation Gamma Remote Sensing began using DInSAR on Swiss landslides with data from ESA’s ERS missions in 2000. Following Envisat’s launch in 2002, they continued to detect and monitor alpine land displacement for the next decade. “The use of Envisat data for landslide monitoring had a difficult start,” said Urs Wegmüller, CEO of Gamma Remote Sensing. In the early days of the mission, SAR data were acquired in many different modes so that no consistent archives were built. When the satellite was systematically programmed to gather dedicated data over the Swiss Alps in the summer, this significantly improved the situation so that we have now very good archives available.” 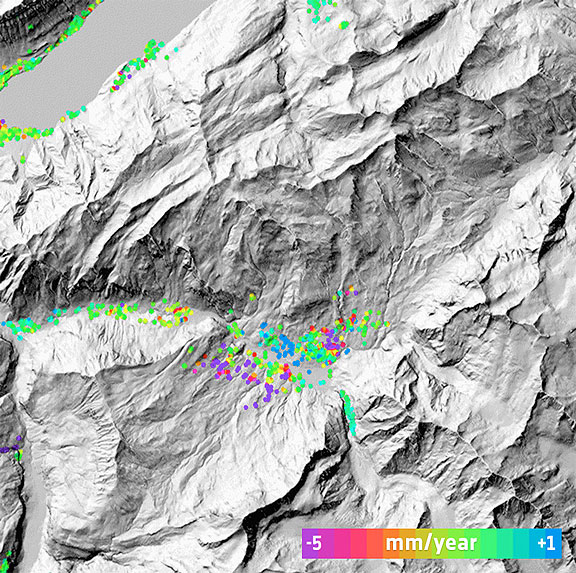 Using the radar data, Gamma Remote Sensing provides deformation maps that are used by Swiss cantons to generate regional hazard maps. This process is overseen by the Swiss Federal Office for the Environment, which is responsible for minimising natural hazards, protecting the environment and reducing risks to human health.

The Envisat mission ended in April after doubling its lifetime, but its radar data are still being used for generating regional hazard maps. Gamma Remote Sensing will continue to use archived Envisat data for their landslide inventory work, and the commercial alternatives TerraSAR-X, Cosmo-Skymed and Radarsat-2 are now providing complementary data for monitoring. From 2014, data from the Sentinel-1 mission will be used to build upon the existing archive and provide monitoring. The Sentinel family of satellites is being developed for Europe’s Global Monitoring for Environment and Security (GMES) program. 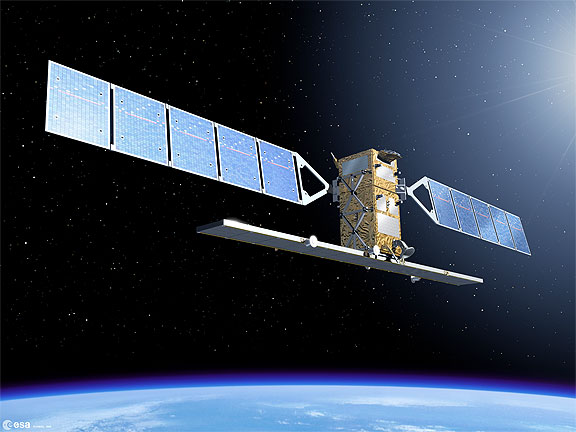