Operating over the Hughes 63 West High-Throughput Satellite (HTS) payload, its broadband coverage reaches more than 90 percent of the homes throughout Ecuador, including  areas unserved or underserved by terrestrial providers. According to figures from the National Institute of Statistics and the Ecuador Census, though Internet penetration is more than 50 percent in urban areas, 61 percent of people in rural areas do not have access to the internet. 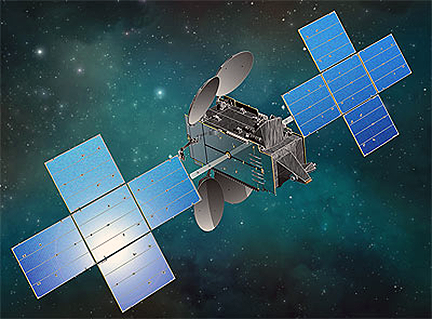 Hughes 63 West is a hosted Ka-band payload on the Telstar 19 VANTAGE satellite, which launched July 22, 2018.

To date, more than 1.3 million consumer and business subscribers in the Americas enjoy the many benefits of high-speed internet access with HughesNet. Service plans offered in Ecuador come with built-in WiFi and include speeds of up to 50 Mbps download / 5 Mbps upload.

HughesNet is powered by the latest generation of the Hughes JUPITER™ System, the world's most widely deployed satellite broadband platform, which employs the DVB-S2X standard for highly efficient use of satellite bandwidth. The JUPITER System supports a wide range of applications, from broadband internet / Intranet access, to community WiFi hotspots, cellular backhaul, digital signage and mobility, including airborne services.

Pradman Kaul, the President of Hughes, said the company is committed to bringing affordable internet service to people and businesses everywhere in the world to help promote education, social well-being and economic development. Following on the company's successful launch of HughesNet service in Brazil, Colombia and Peru,the firm takes pride in bringing Hughes' signature high-speed satellite Internet to Ecuador to help connect the unconnected and bridge the digital divide.

Vinod Jain, VP International at Hughes, added that this next step in Ecuador continues the company's strategy to expand HughesNet service across the Americas. Ecuador is an important and growing market and Hughes intends to bring consumers and businesses attractive pricing plans with fast and reliable service — enabling them to do more online, including email, shopping, downloading music and video, using social media or just browsing the web.