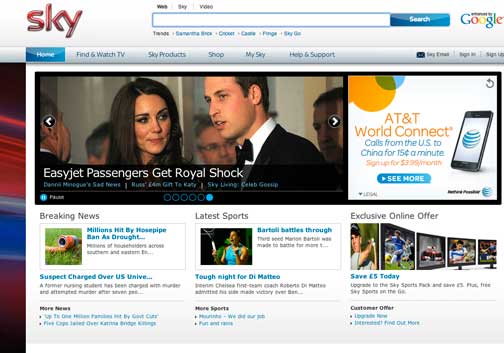 Check out additional programming here.
[SatNews] The logistics involved in broadcasting any sports event is mind boggling...now imagine that one million times over.

BSkyB will broadcast 48 new BBC channels dedicated to London 2012 Olympic coverage. Over 40 of the new channels will broadcast in the UK through the ASTRA Satellite System. The 24 HD and 24 SD channels will cover each of the Olympic locations and show the full range of different events during the Games.  Both Freesat and Freesat from Sky will also benefit from the satellite capacity acquitted by Sky to facilitate and broadcast the new channels.

“The ability to stream these live Olympics channels shows the strength of satellite in delivering high bandwidth video, especially in HD”, said Norbert Hölzle, Senior Vice President Sales Europe at SES. “Two dozen live feeds from the different Olympic locations will give viewers a fantastic opportunity to follow multiple events live, in both SD and HD. We are proud that SES will be used by our long-standing customers to deliver this fantastic showcase.”