[SatNews] Many of the satellites are obsolete or have failed yet have useable components, but there is no way to use them.

Space Systems/Loral (SSL), a provider of commercial satellites, today announced that that it has been selected to develop designs, processes and business terms for hosting free-flying science and technology missions on its geostationary (GEO) satellite platform. 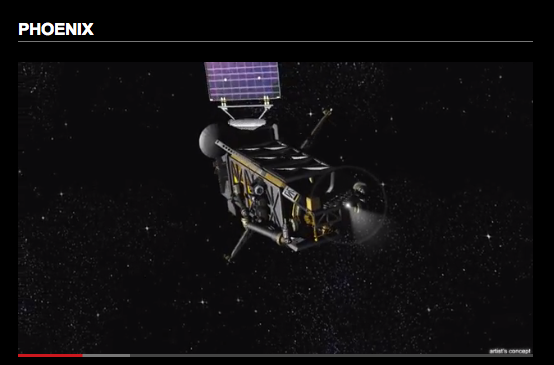 Under the next phase of the U.S. Defense Advanced Research Projects Agency (DARPA) Phoenix program, SSL intends to develop detailed design and implementation processes and business terms for cost effective delivery of small spacecraft beyond Low Earth Orbit (LEO).  In addition to its first use for the DARPA Phoenix mission, this capability is envisioned to enable numerous additional operational, science and technology space missions.

The goal of the revolutionary Phoenix program is to enable cost-effective repurposing of serviceable space hardware that is already on orbit. As part of the program, SSL aims to accommodate an ejectable hosted payload, called the Payload Orbital Delivery (POD) system, on a commercial GEO satellite. The POD would ultimately be released from the commercial spacecraft to accomplish its servicing mission in space.

“SSL is very pleased to participate in this innovative, affordable and sustainable access to space for the PODs that would supply and replenish the DARPA Phoenix architecture,” said John Celli, president of SSL.  “DARPA’s vision and commitment to this capability could open the door to many other small satellite missions, enabled by frequent access to space on the SSL 1300 platform.” 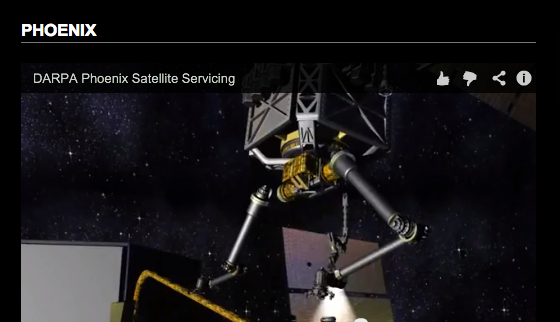 SSL regularly works with a broad range of commercial satellite operators and has significant experience with hosted payload accommodation. For the DARPA Phoenix mission SSL intends to develop detailed plans and operating procedures for safe and accurate dispensing of the PODs from its 1300 satellite platform with minimal divergence from standard launch and orbit raising procedures. SSL also intends to work with DARPA to select the commercial host mission and develop the terms and conditions to incorporate POD ridesharing into standard commercial contracts.

The goal of the Phoenix program is to develop and demonstrate technologies to cooperatively harvest and re-use valuable components from retired, nonworking satellites in GEO and demonstrate the ability to create new space systems at greatly reduced cost.  Phoenix seeks to demonstrate around-the-clock, globally persistent communication capability for warfighters more economically, by robotically removing and re-using GEO-based space apertures and antennas from de-commissioned satellites in the graveyard or disposal orbit.

The Phoenix program envisions developing a new class of very small ‘satlets,’ similar to nano satellites, which could be sent to the GEO region more economically as a “ride along” on a commercial satellite launch, and then attached to the antenna of a non-functional cooperating satellite robotically, essentially creating a new space system. A payload orbital delivery system, or PODS, will also be designed to safely house the satlets for transport aboard a commercial satellite launch.

A separate on-orbit ‘tender,’ or satellite servicing satellite is also expected to be built and launched into GEO. Once the tender arrives on orbit, the PODS would then be released from its ride-along host and link up with the tender to become part of the satellite servicing station’s ‘tool belt.’ The tender plans to be equipped with grasping mechanical arms for removing the satlets and components from the PODS using unique space tools to be developed in the program.