Eutelsat Communications (Euronext Paris: ETL) has informed all that the GEO-3 payload of the European Geostationary Navigation Overlay System (EGNOS), a hosted payload aboard the company's EUTELSAT 5 West B satellite, has successfully entered into service. 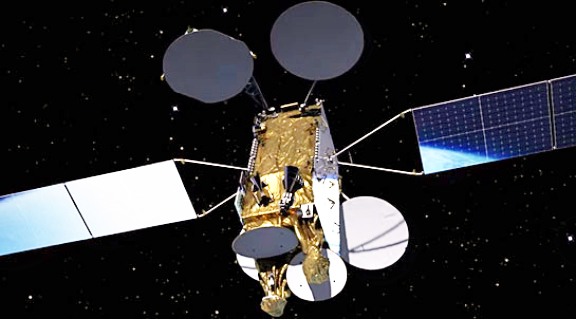 Artistic rendition of the Eutelsat 5 West B satellite.

EUTELSAT 5 West B is hosting the Eutelsat-procured EGNOS payload under a 15-year agreement that was signed in 2017 with the European Global Navigation Satellite Systems Agency (GSA). The contract also includes technical services and a European ground infrastructure, including two gateways installed at Eutelsat’s Rambouillet and Cagliari teleports.

Yohann Leroy, Eutelsat’s Deputy CEO and Chief Technical Officer, said that the firm is proud of the collaboration with customer GSA, its partners including the European Space Agency (ESA), and its suppliers, culminating in the entry into service of this next generation technology of EGNOS on EUTELSAT 5 West B. Eutelsat is delighted to host this payload, which will significantly enhance the performance of global navigation satellite systems across Europe, notably Galileo, in the coming years.

Pascal Claudel, GSA Acting Executive Director and COO, added that with this new payload in service, EGNOS is moving toward the transition to its new generation. This has been done thanks to the constructive collaboration with Eutelsat. Delivery and continuity of satellite services are part of the company's mission as delegated by the European Commission. It is essential that the GSA ensures these services to support economic growth and that the European Union’s citizens and companies can benefit from the latest GNSS technology.