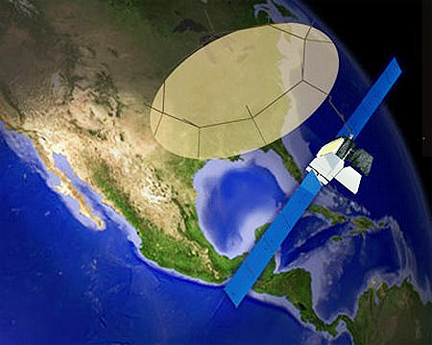 [SatNews] Boeing [NYSE: BA] and its supplier partners have completed the Critical Design Review of the...

...MEXSAT Geomobile Satellite Communications System with their customer, the Secretaria de Comunicaciones y Transportes of the government of Mexico. "The successful completion of this milestone review verifies that MEXSAT will operate as promised to deliver greatly enhanced telecommunications for Mexico," said Craig Cooning, CEO of Boeing Satellite Systems International and vice president and general manager of Boeing Space & Intelligence Systems. "We continue to work diligently with our partners to progress toward launch of the first spacecraft in the constellation later this year." The review was completed in May at the Boeing Satellite Development Center in El Segundo. It included a comprehensive review of all aspects of the MEXSAT configuration, including design, performance and the progress of hardware development.

MEXSAT is a complete end-to-end communications network comprising three satellites, two ground telemetry and control sites, associated network operations systems, and reference user terminals. Boeing is the overall integrator for the effort and also is providing two 702HP geomobile satellites that will each supply 14 kilowatts of power and carry a 22-meter L-band reflector for mobile satellite services. When it becomes fully operational in 2014, MEXSAT will provide government and civilian broadband communications to Mexico, including high-data mobile, voice and data services to Mexican national security entities. It will enhance Mexico's communications capabilities by expediting disaster relief and other emergency services, and by providing satellite broadcasting for tele-medicine, tele-education, and tele-government. MEXSAT also will improve telecommunications access for residents living in remote areas of the country. MEXSAT will operate over Mexico, the Gulf of Mexico and the Pacific Ocean.

The contract, announced in December 2010, continues a long partnership between Boeing and the government of Mexico in the area of satellite communications, starting with the Morelos 1 and 2 satellites launched in 1985. The Mexican government recently announced the names of the three MEXSAT spacecraft: Bicentenario, Centenario and Morelos 3. 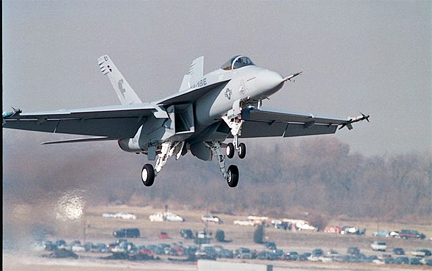 The test occurred May 23-30 at the Naval Air Warfare Center Weapons Division's Advanced Weapons Lab at China Lake, California, and was conducted by Air Test and Evaluation Squadron VX-31. The SATCOM system was installed on a Navy EA-18G Growler, a variant of the F/A-18F that includes a SATCOM antenna.

During the flight testing, the VX-31 aircrew conducted satellite-enabled secure voice and data transmissions with a ground-based team at China Lake and at Naval Air Station Patuxent River, Maryland. "Using the existing EA-18G architecture allowed Boeing and the Navy to demonstrate this capability less than 90 days after the initial request," said Mike Gibbons, Boeing F/A-18 and EA-18 Programs vice president. "This approach significantly reduced risk, cost and testing schedule, while demonstrating this important communications capability for the Navy."