North Dakota students are making something that will be out of this world when finished—this according to a report authored by Helmut Schmidt in INFORUM online. 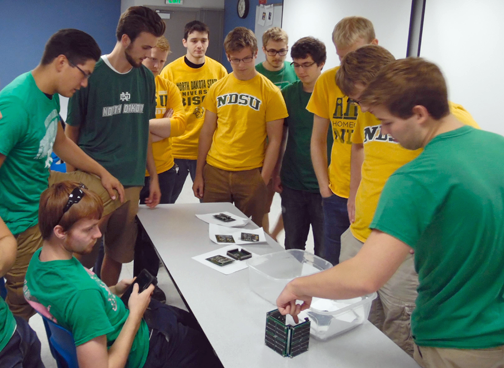 Graduate and undergraduate students at North Dakota State University and the University North Dakota are building the OpenOrbiter 1, a tiny satellite designed to upload apps for science and engineering experiments and to test how a miniature 3-D printer will work when exposed to conditions in Earth orbit, said NDSU assistant professor Jeremy Straub.

The satellite resembles a Rubic's Cube on steroids and is 10 to 11 centimeters on each side and is the first satellite made in North Dakota, Straub said. The satellite could be launched to the International Space Station sometime early next year, then released from the space station into Earth orbit shortly after, he said. "The program is a tremendous opportunity for students at both schools," Straub said. 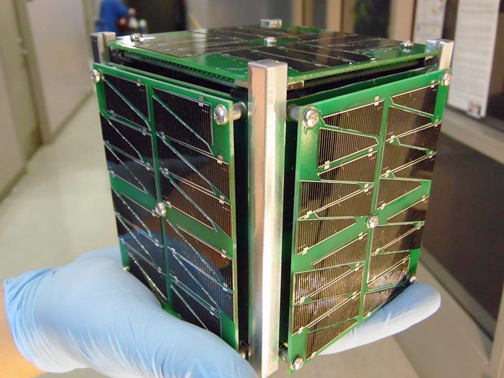 Building and testing the smallsat involves about 90 students and faculty from each campus in a variety of disciplines, including computer engineering, computer science, electrical and mechanical engineering, and other fields, he said.

Andrew Jones is a graduate student in software engineering at NDSU. Jones likes "the challenge of it" and "getting in on the ground level" of this area of space technology.

Brandon Rudisel, an undergraduate studying computer science, is at times "mostly frustrated with myself" for not having more time to devote to the project. Rudisel said he's learning to work on a multi-disciplinary team.

Each school is working on its own version of the OpenOrbiter. Straub said the best components of the two cubesats will make up the satellite that gets launched. The satellites also serve as back-ups for each other, with the potential of swapping out parts. Vibration and battery testing are two areas that need to be cleared before the satellite can be sent aloft, Straub said. Failures in those areas could be "show stoppers" as they could affect astronaut safety, he said.

"They are testing everything right now to find any faults," Straub said of the students. "We'll continue testing and rectifying. They are working on building the printing unit right now (and) going full-steam ahead on the software."

The printer will be about 5x5x8 cm, he said. The aim is to find out how certain materials behave in microgravity as well as with the temperatures and radiation in LEO. If the experiment works, this could well be the start of a revolution in space exploration.

"Eventually, the (long-term) goal is to be able to create a spacecraft" using printers, said Straub, who added that spacecraft built in orbit can be lightweight because they don't need to be sturdy enough to withstand the stress of a ground launch to arrive on orbit. NASA has also sponsored work to have 3-D printers produce habitats, he said.

The original goal of the OpenOrbiter Small Spacecraft Development Initiative was to build the cubesat for $2,500 or less. The hardware tab for most of the satellite is just over $1,000. However, it was decided to purchase a radio from a third-party vendor for about $4,000 to ensure the satellite would provide good telemetry data, even in the event of a failure, so problems can be rectified for future satellites, Straub said.

Personnel costs are harder to figure. About $450,000 in funds from the National Science Foundation and the US Department of Defense were available to UND's computer science department for the Research Experience for Undergraduates program, Straub said. Only a few percent of those funds paid stipends to students who contributed expertise to OpenOrbiter 1, he said. Most of the work by REU participants is early-stage development for future satellites, Straub said.

Straub hopes OpenOrbiter 1 will be a positive demonstration of the hardware and software of the satellite that eventually leads to "space qualification," where the design is accepted as reliable for use on future missions.