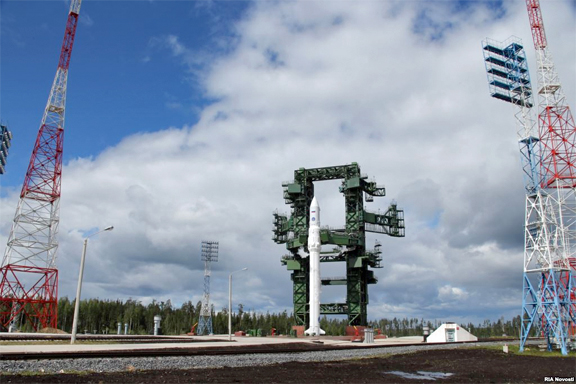 The Angara Space Rocket Complex (“Angara SRC”) is one of the priorities in Russia’s national program to develop launch systems using exclusively the domestic R&D and production potential. Building the Angara SRC is a task of particular national importance. When the Angara SRC becomes operational, Russia will be in a position to launch all types of satellites from its own territory, thereby gaining a guaranteed independent access to outer space. The Angara SRC state customers are the Ministry of Defense and Federal Space Agency while the chief design and development contractor is the Khrunichev Space Center.

The Angara LV family includes a range of light-, medium-, and heavy-lift launch vehicles based on generic modules. The Angara family will have the capacity to translate virtually the entire range of would-be payloads to orbits of the entire range of altitudes and inclinations including geostationary orbits, affording true independence to domestic space programs. The modular principle supports the buildup of various launch vehicle classes by just using so many generic boosters: one for the light-lift, three for the medium-lift and five for the heavy-lift. The parts and components used in the Angara design are all domestically produced in Russia. The generic modules (Common Core Boosters) serve as basis for building light-, medium-, and heavy-lift launch vehicles. Standardization and commonality of the parts being used make it possible to launch all LVs of the Angara family from one multi-purpose launch pad.