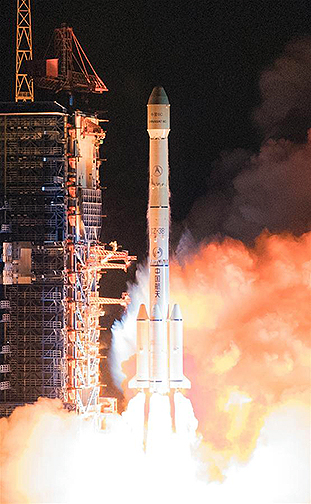 The "ChinaSat 6C" satellite was launched at 0:28 a.m. Beijing Time by a Long March-3B carrier rocket. The satellite will provide high-quality radio and TV transmission services.

The satellite has been sent to the geostationary orbit, and can cover China, Australia, New Zealand and the South Pacific island countries.

The satellite was developed by the China Academy of Space Technology, and will be operated by China Satellite Communications Co., Ltd.

This launch marks the 300th mission of the Long March carrier rocket series developed by the China Aerospace Science and Technology Corporation.