O3b Is Spot On with  Offshore Platforms In Mexico 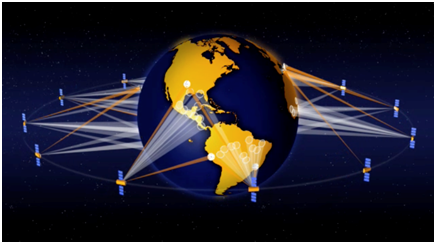 [SatNews] the company operates a constellation of satellites capable of delivering up to 1.6Gbps via a single 400 mile diameter spot beam.

O3bEnergy 20 provides EnergyClients with an aggregate of 20Mbps throughput to a single site at less than 150msec roundtrip latency delivered via O3bEnergy 1.2m antennas.

O3b operates a constellation of satellites capable of delivering up to 1.6Gbps via a single 400 mile diameter spot beam. The constellations unique orbital position at 5,000 miles above the Earth is only one-fourth the distance of a traditional geostationary orbit and, therefore, accomplishes a roundtrip travel time of less than 150msec rather than 500 to 600msec for a geostationary satellite. 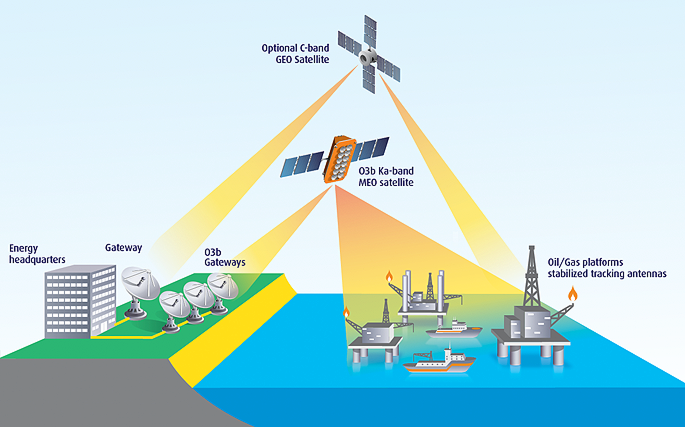 The difference in latency is significant enough that latency sensitive applications such as ERP (Citrix, Oracle, SAP, real time monitoring and control) will operate over the O3b satellite link just as they do over a fiber connection.

The first O3b customers that have experienced the O3b service so far in the Pacific region and Africa have been thrilled with the performance,” said Global Enterprise VP of Sales Simon Maher. “O3bEnergy 20 will give Energy operators in the Gulf the chance to increase upstream productivity to their most important offshore sites.”