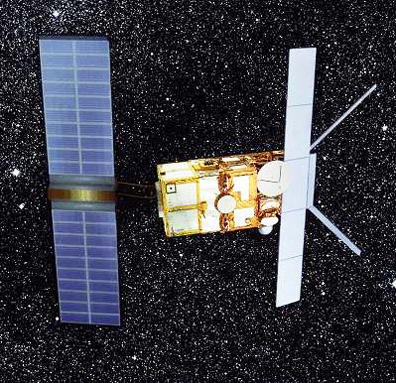 The second European Remote Sensing satellite, ERS-2, was shut down on September 5, 2011. ERS-2 travelled 3.8 billion km during its lifetime, providing data for thousands of scientists and projects.
Credits: ESA
[SatNews] Since 1995, this satellite has been busily completing its observation roles...

After a final thruster firing last week to deplete its remaining fuel, ESA's venerable ERS-2 observation satellite has been safely taken out of service. Ground controllers also ensured the space environment was protected for future missions. The mission ended on September 5th, after the satellite's average altitude had already been lowered from 785 km to about 573 km. At this height, the risk of collision with other satellites or space debris is greatly reduced. The final critical step was to 'passivate' ERS-2, ensuring that all batteries and pressurised systems were emptied or rendered safe in order to avoid any future explosion that could create new space debris. This primarily consisted of burning off the fuel, disconnecting the batteries and switching off the transmitters. 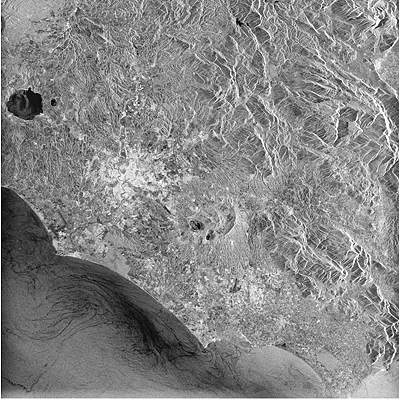 ERS-2 captured its final image while above Rome, Italy, 4 July 2011. Shortly thereafter, manoeuvres began to deorbit the veteran satellite. Flight operations ended on 5 September 2011.
Credits: ESA
"As soon as we saw fuel depletion occurring, a series of commands was sent to complete passivation, before shutting the satellite down for good. The last command was sent at 13:16 GMT on 5 September," said Frank Diekmann, ERS-2 Operations Manager.

The end of flight operations does not mean the end of the mission's usefulness, though. "We will continue exploiting data gathered by ERS-2, especially the radar imagery," said Volker Liebig, ESA's Director for Earth Observation Programmes. "Combining this rich scientific store with new data delivered by improved radar instruments on the GMES Sentinel-1 mission will generate strong synergies as we work to understand our planet's climate."

With the effects of natural atmospheric drag, ERS-2 is predicted to enter and largely burn up in the atmosphere in about 15 years. This is well within the 25-year-limit that is imposed to minimise the risk of collision before re-entry. ERS-2 was launched in 1995, four years after ERS-1, the first European Remote Sensing satellite. The missions paved the way for the development of many new Earth observation techniques. ERS-2 travelled 3.5 billion km during its lifetime, providing data for thousands of scientists and projects.