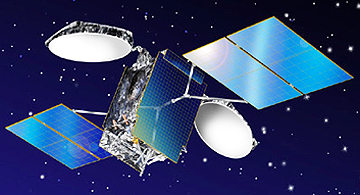 Vinasat-1, the first Vietnamese satellite, was placed in the orbit in April 2008.
[SatNews] Vietnam will launch its second satellite....

....Vinasat-2 during the third week of April, 2012, as scheduled, according to the Ministry of Information and Communications. The ministry said Vinasat-2 would be launched together with a Japanese satellite, both manufactured by Lockheed Martin. Also according to the ministry, the earthquake and tsunami in Japan on March 11, 2011, has delayed the transfer of some parts from Japan to Lockheed Martin. Until now, the possibilities for any delay in the launch are “very low”, according to partners in the project. The Vinasat-2 project costs nearly US$300 million, with the Vietnam Post and Telecoms Corporation (VNPT) being the owner. Arianespace will supply the launch service using their Ariane 5 launch vehicle.