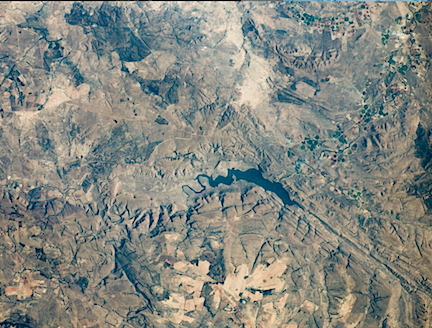 This picture of the Loskop Dam in the Olifants River about 230 kilometres east of Johannesburg was taken by the nSight-1 Gecko camera on 19 September 2017 from a height of 400 km. Centre point irrigation farms can be seen in the upper right corner of this two-image composite.

What began as an experiment with an African nanosatellite launched from the International Space Station has proven so successful, with the continuous orbiting of Earth since May of last year, that some of the satellite's subsystems have created their own market and have generated international sales for a niche market.

The satellite called nSight-1 is a product of the Somerset West-based SCS Aerospace Group (SCSAG), Africa’s largest privately-owned group of satellite design and manufacturing companies with more than 25 years of experience in this domain. It was launched from the International Space Station during May last year with 28 other satellites as part of the European Space Agency's QB50 project which collects research data from the Earth’s lower thermosphere.

Francois Denner, Managing Director of the SCS Aerospace Group said that they are delighted and extremely proud of the performance of their satellite nSight-1. It is in a stable and healthy state and the various on-board payloads are working well and have resulted in a number of major sub-systems sales to international clients.

Denver continued saying that the success of nSight-1 certainly strengthens their position to play a leading role in forging a new satellite business cluster in the South African economic sector. Their group now has the ability to manufacture up to 80 percent of small satellite components locally.  They are proudly South African. 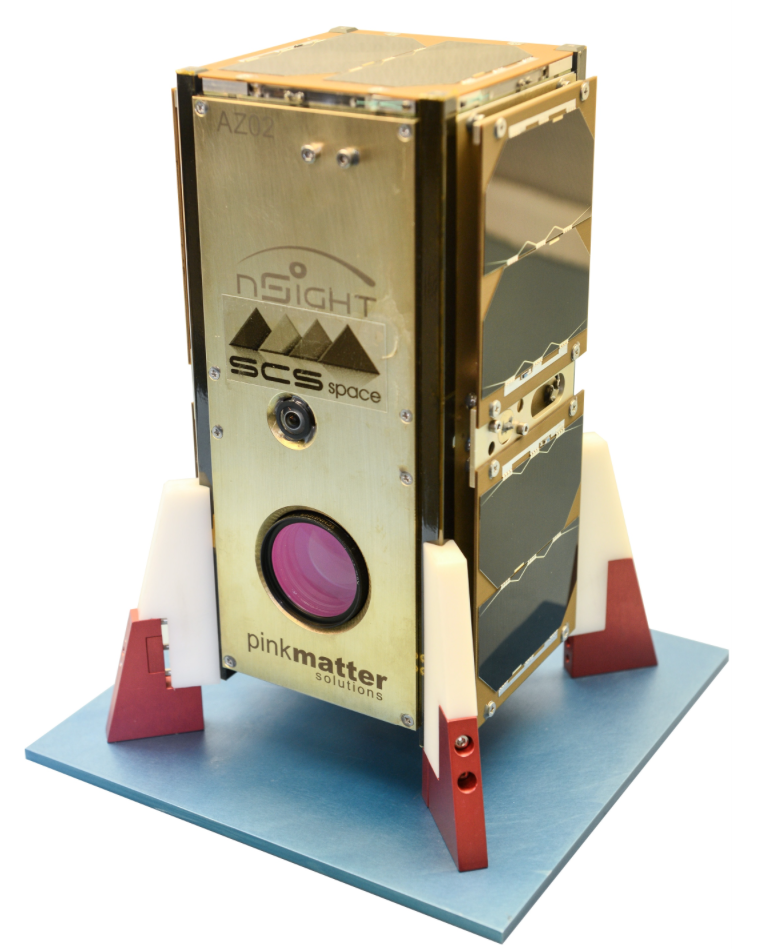 The fully completed nSight1 satellite which has
been orbiting Earth for almost a year.

The three companies in the SCS Aerospace Group which are directly involved in providing commercial satellite solutions are Space Advisory Company (SAC) their satellite program and systems consulting and engineering house; SCS Space which provides satellite mission solutions as well as satellite systems; and NewSpace Systems which develops and manufactures high-quality space components and sub-systems. The group employs some 90 highly trained satellite specialists such as electronic, systems, software and mechanical engineers.

According to Hendrik Burger, CEO for SCS Space, the primary contractor for the nSight-1 nanosatellite, the Attitude Determination and Control System (ADCS) used on board is one of the most advanced used in a satellite this size. This is another South African product designed and manufactured by CubeSpace.  It has given the satellite a high degree of pointing accuracy to orientate in its orbit some 400km above Earth.  They are now looking at extending the expected orbit lifetime of the satellite from 18 to 24 months due to its low drag, specific mass and orientation control.

The milestone achievements for their satellite so far are the following:

Denner concluded that the nSight-1 mission demonstrates the ability of the SCSAG to leverage the capabilities in the South African space industry cluster, and he thanked all the South African project partners including SCS Space, Space Advisory Company, NewSpace Systems, Pinkmatter Solutions, the Department of Trade and Industry, Stellenbosch University, CubeSpace, Denel Spaceteq, DeltaV Aerospace, Simera Technology Group, Cape Peninsula University of Technology, Nelson Mandela Metropolitan University and the Amateur Radio Society, who made this possible.