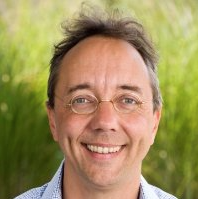 [SatNews] SES (NYSE Euronext Paris and Luxembourg Stock Exchange: SESG) announced today that Christophe De Hauwer has been appointed by the Board of Directors of SES as Chief Development Officer (CDO) and member of the company’s Executive Committee, effective August 1st.

Christophe De Hauwer will succeed Gerson Souto, the company’s current CDO, who has decided to step down from his position for personal reasons and relocate to Brazil, his home country. Gerson will continue to advise SES and work with the Executive Committee on development projects in Latin America and elsewhere.

As Christophe takes the position of CDO in August he is not new to the company having been with SES for over 10 years, holding several positions of responsibility in the areas of Strategic Marketing, Strategic and Business Planning and Corporate Development. In his current role of Senior Vice President, Fleet Development and Yield Management, Christophe oversees the overall optimization of the entire SES satellite fleet and its future development.

Christophe also played an instrumental role in the acquisition of New Skies (2005), the GE share redemption (2007) and the investment in O3b Networks (2009). Since 2010, he has served as a board member of O3b Networks. Prior to joining SES, Christophe was a consultant, first at Arthur Andersen Business Consulting and later at Deloitte & Touche. Christophe is a Belgian national and holds an Engineering Degree and a PhD in Engineering from the University of Brussels in Belgium.

Gerson Souto has been with SES for more than 16 years and has been an Executive Committee member and Chief Development Officer since 2011. Previously, he was a member of the Management Committee of SES NEW SKIES and later of SES WORLD SKIES.

Karim Michel Sabbagh, President and CEO of SES, stated: "We respect and understand Gerson’s decision and are pleased that he has agreed to continue to support SES in a strategic advisory role. Gerson has been instrumental in SES’s global expansion and integration across its various business units. Under his leadership, SES has articulated a holistic and winning strategy which is now serving as a platform to focus on go-to-market and investment efforts, as well as the capabilities development agenda. We wish Gerson all the very best for the future. In appointing Christophe De Hauwer, the Board of Directors and the Executive Committee have ensured a strong succession and a flawless transition. Christophe’s deep knowledge of the industry and of SES, as well as his management skills, will help us to further deliver on our growth potential.”