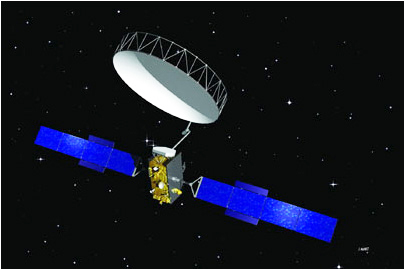 Europe will launch an innovative telecoms satellite in 2012 with as much as 225 million euro ( GBP 195 million ) in backing from the EU's Risk-sharing Finance Facility ( RSFF ), created by the European Commission and European Investment Bank. The Alphasat mission is a joint undertaking of the European Space Agency and Inmarsat Plc, a UK-based satellite communications company.

Alphasat is to be developed by the European Space Agency and the French agency CNES. It will extend high-speed data and voice communications to remote parts of Europe, Africa and the Middle East. Alphasat will be used by maritime, aeronautical and land mobile users in all kind of situations and this will among other things facilitate the work of medical and emergency services.

Máire Geoghegan-Quinn, EU Research, Innovation and ScienceCommissioner said “Alphasat will be launched thanks to EU funds, EIB loans and private sector entrepreneurship. It will help Europe's space industry to innovate, contribute to jobs in the knowledge economy and bring much-needed services to people in remote regions. It will be a symbol of the Europe 2020 Strategy in orbit." The Alphasat satellite will be "open access" for research organisations. It will initially house four applications developed by several European universities, industry and space organisations for aeronautical, land and maritime research.