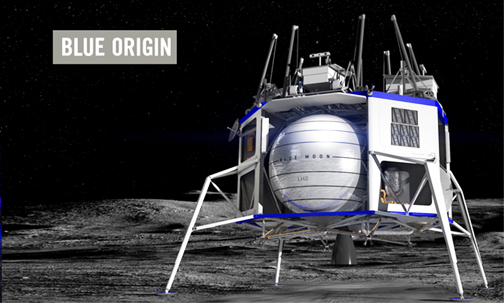 Blue Origin has announced a national team to offer a Human Landing System for NASA’s Artemis program to return Americans to the lunar surface by 2024. 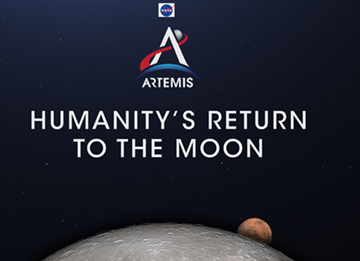 According to the company, Blue Origin's combined experience is uniquely positioned to meet NASA’s needs for the Artemis program. Each partner will bring their industry leading solutions to the following roles: 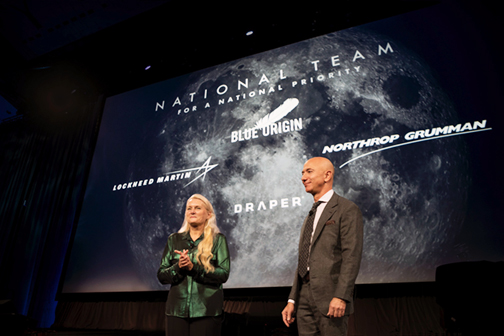 Bob Smith, CEO, Blue Origin, said that national challenges call for a national response and the company is inspired to lead this deeply committed team that will land NASA astronauts on the Moon. Combining the partners’ heritage with the firm's advance work on the Blue Moon lunar lander and its BE-7 engine, the Blue Origin team is looking forward to working with NASA in support of the Artemis program.”

Rick Ambrose, EVP, Lockheed Martin Space, added that Lockheed Martin values Blue Origin’s thoughtful approach to developing human-rated flight systems and is thrilled to be part of a national team with this mix of innovation and experience. The company looks forward to safely and sustainably returning our nation to the surface of the Moon by 2024.

Blake Larson, Corporate VP and President of Innovation Systems at Northrop Grumman, noted that the company's commitment to put Americans back on the moon dates back more than 50 years with the delivery of the first lunar lander for the historic Apollo Program. In addition to the firm's ongoing work on the Space Launch System boosters, astronaut escape system, and the Gateway habitat, Northrop Grumman is proud to be a part of the Blue Origin national team to support NASA’s Artemis program and the ambitious goal to return to the moon by 2024.

Kaigham J. Gabriel, President and CEO, Draper, noted that when the nation needs precision guidance, it calls on Draper — the company guided Apollo to the moon and back nearly 50 years ago and Draper is ready to do it again with the Blue Origin team for Artemis.