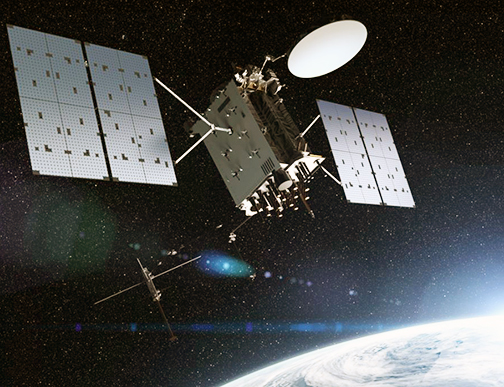 Artistic rendition of a GPS IIIF satellite. Image is courtesy of Lockheed Martin.

In September 2018, the U.S. Air Force selected Lockheed Martin, with Harris as its navigation signal partner, to build up to 22 GPS IIIF satellites, with a total estimated contract value up to $7.2 billion.

The Air Force expects the first GPS IIIF satellite, SV11, to be available for launch in 2026.

Harris has provided navigation technology for every U.S. GPS satellite ever launched, enabling the reliable GPS signal that millions of people — including U.S. soldiers — and billions of dollars in commerce depend on every day.