A heroic effort of the Weddell Sea Expedition in Antarctica and the search for Ernest Shackleton’s ship, the Endurance which has been monitored by Maxar Technologies has come to an end. The team learned this morning that the expedition had to be abandoned, due to deteriorating weather and ice conditions. Maxar’s recent optical and radar satellites clearly show the conditions that the expedition has been dealing with.

Maxar has been actively collaborating with researchers onboard the icebreaker/research ship, the SA Agulhas II, and managed to collect both optical and satellite imagery of the ship over the last few days. 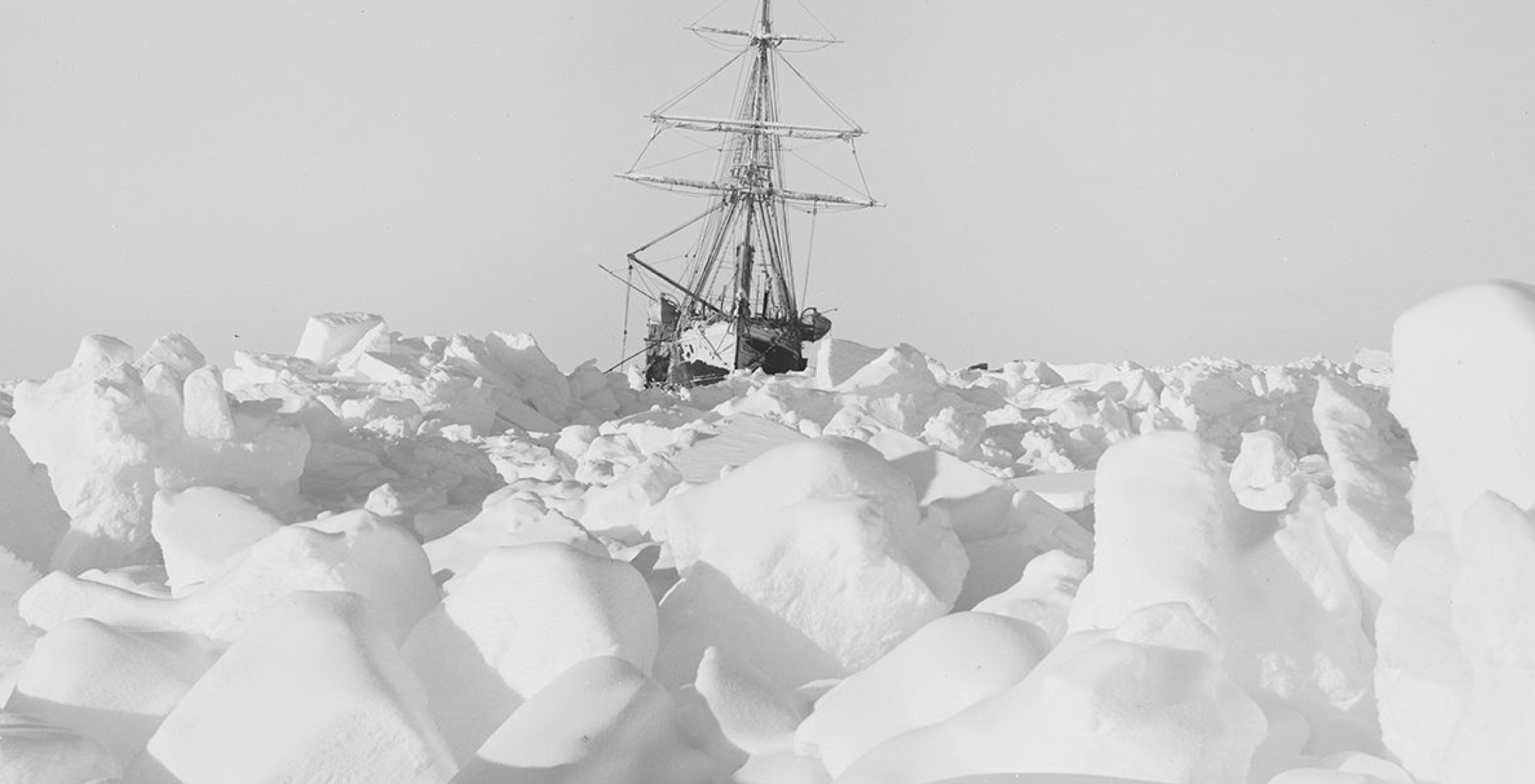 The Weddell Sea Expedition, which conducted a highly successful multi-disciplinary scientific research programme in Antarctica, has been forced to conclude its current search for Sir Ernest Shackleton’s iconic ship, Endurance, which was crushed by ice and sank in 1915. The Expedition’s remarkable journey has shed new light on the challenges Shackleton, his men and their wooden sailing ship faced over a century ago.

Earlier this week, the Expedition successfully reached the wreck site, as plotted 104 years ago by Frank Worsley, the Captain of Endurance. However, the historic expedition, the first to attempt to locate the Endurance, was hampered by the extreme weather conditions. The weather closed in and the sea ice conditions deteriorated, leading to the loss of AUV7, one of the state-of-the-art specialist submersible Autonomous Underwater Vehicles, which was being deployed to locate the wreck. Despite round the clock efforts to recover AUV7, and with the risk of the Expedition vessel, the South African polar research vessel, S.A Agulhas II, becoming trapped in the ice, the Expedition leaders decided to abandon the current search for Endurance.

AUV7 was on the final leg of its mission scope, nearing the end of its extensive under-ice operation, when it entered a section of sea under a vast ice floe and contact was lost with the S.A Agulhas II. AUV7 had conducted what is believed to be the longest and deepest dedicated under ice survey ever, lasting over 30 hours. It is not known whether AUV7 captured images of Endurance on the seabed before contact was lost.

The search for Endurance was part of a ground-breaking scientific research programme in the waters around the Larsen C Ice Shelf and the A-68 Iceberg. The international team of glaciologists, marine biologists and oceanographers involved in the Expedition have surveyed the seafloor and the rich and little-studied biological systems that lie beneath the ice infested sea. In addition, the Expedition has measured sea ice freeboard and snow depth in the Weddell Sea, which will help better understand Antarctic sea ice thickness and its implications for climate change and global ocean circulation.

The Expedition is funded by the Netherlands-based marine charity, The Flotilla Foundation.

Mensun Bound, Director of Exploration on the expedition, said:

“As a team we are clearly disappointed not to have been successful in our mission to find Endurance. Like Shackleton before us, who described the graveyard of Endurance as ‘the worst portion of the worst sea in the world’, our well laid plans were overcome by the rapidly moving ice, and what Shackleton called ‘the evil conditions of The Weddell Sea’.

“We are pleased to have brought the story of Shackleton and Endurance to new audiences, and to the next generation, who will be entrusted with the essential safeguarding of our polar regions, and our planet more broadly. We hope our adventure will have engaged young people about the pioneering spirit, courage and fortitude of those who sailed with Endurance to Antarctica. We pay tribute to the navigational skills of Frank Worsley, the Captain of the Endurance, whose detailed records were invaluable in our reaching the area where she was lost. I would like to thank The Flotilla Foundation for enabling this extraordinary expedition to take place, as well as Ocean Infinity for their technology and technicians, and the whole team of dedicated experts who have been involved in this important scientific and exploratory expedition.”

“Everyone at Ocean Infinity is deeply disappointed that at the eleventh hour, we were not able to produce the images of what is without doubt the most challenging shipwreck in the world to locate. We understood the risks of pushing the boundaries of what’s been done before with technology operating in the harshest environment on the planet. Our team worked tirelessly throughout and are rightly entitled to celebrate what they achieved in advancing knowledge and understanding. Not only were Ocean Infinity’s AUVs deployed in the search for Endurance, but also over the previous weeks, we have played a central role in gathering the critical data which will be used by scientists as part of their important work understanding the polar regions and the impact of climate change.

“These varied uses of our technological tools within a single project demonstrates the power of Ocean Infinity’s approach. Having participated in the world’s largest subsea searches in 2018, we have now spent more time operating under the ice than any other organisation. This pioneering spirit is at the heart of Ocean Infinity’s desire to be the world’s leading underwater autonomous robotic company.”

“The world-wide interest in Shackleton’s Endurance will also serve to convey the importance of the Expedition’s scientific and educational work. This is something we will be taking forward in our Museum at the Scott Polar Research Institute in Cambridge, where we already display the sextant used by Worsley to fix the final position of Endurance in 1915.”

“The Weddell Sea Expedition team are truly disappointed that after such a huge effort, and overcoming several major setbacks, we have not been able to find Endurance. We are, however, very proud of our other achievements over the past weeks in Antarctica. We have greatly surpassed our primary Expedition objective of undertaking pioneering scientific research at the Larsen C Ice Shelf. We have also conducted an unprecedented educational outreach programme, allowing children from around the world to engage in real time with the Expedition and our adventures from the outset.

“We will shortly begin our return leg to Cape Town, after an expedition which has been my great privilege and honour to lead. The Expedition team, and the officers and crew of the S.A. Agulhas II, have been simply outstanding. I would also like to thank The Flotilla Foundation, and all of our partners who have all played a key role in supporting this incredible expedition.”